September brings réttir—the nationwide roundup where people on foot, ATVs or Icelandic horses retrieve their stock from the mountains and valleys, aided by trusty sheepdogs. The grueling endeavor sometimes requires days in the saddle, and entire communities turn out in support.

A schedule for réttir events in 2019 has been released (in Icelandic).

A bird’s-eye view of Stafnsrétt reveals how the farmers’ sections radiate like spokes on a wheel.
Photo by Ross Weinberg
Banner photo by Rebecca Stumpf 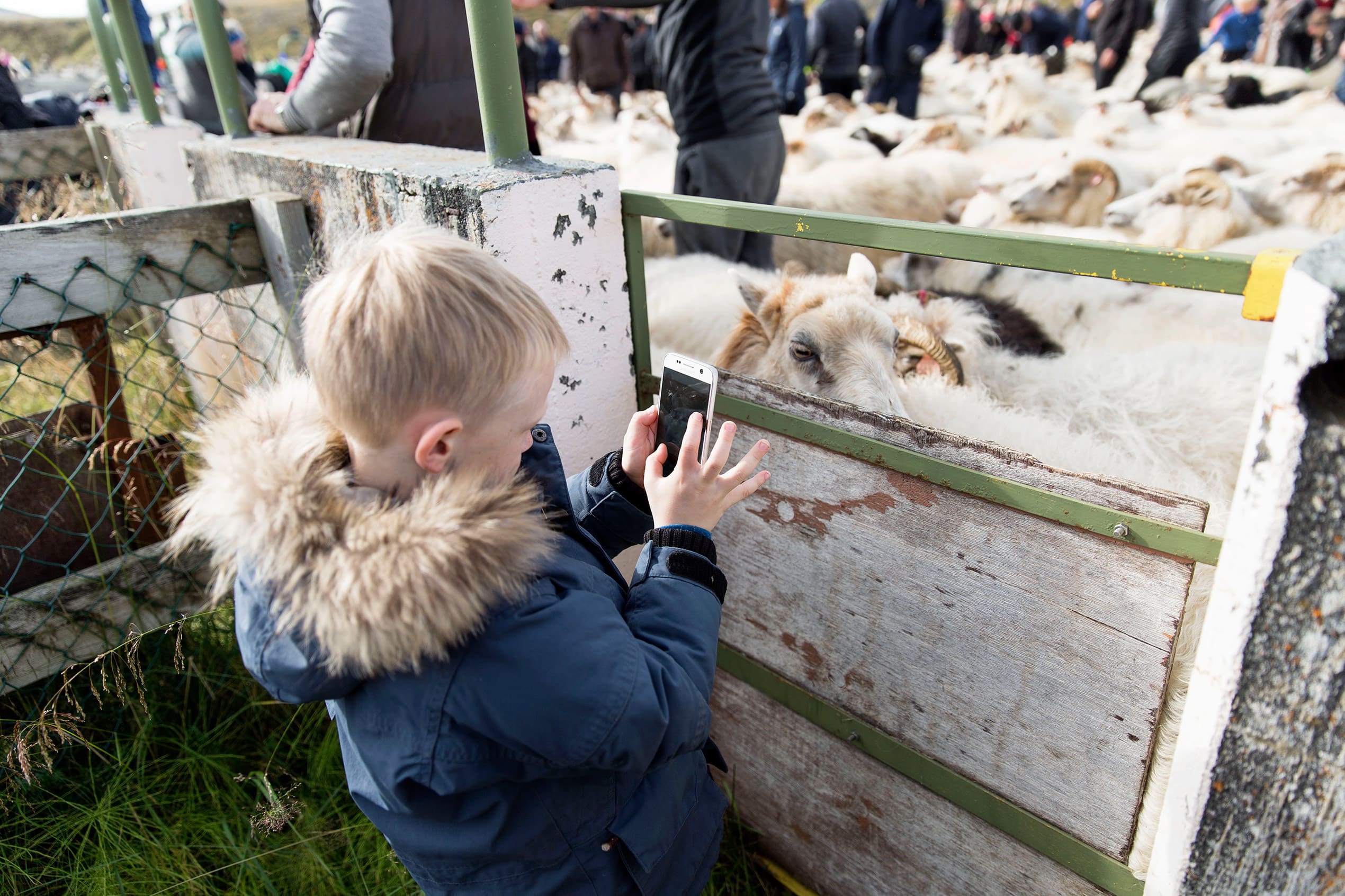 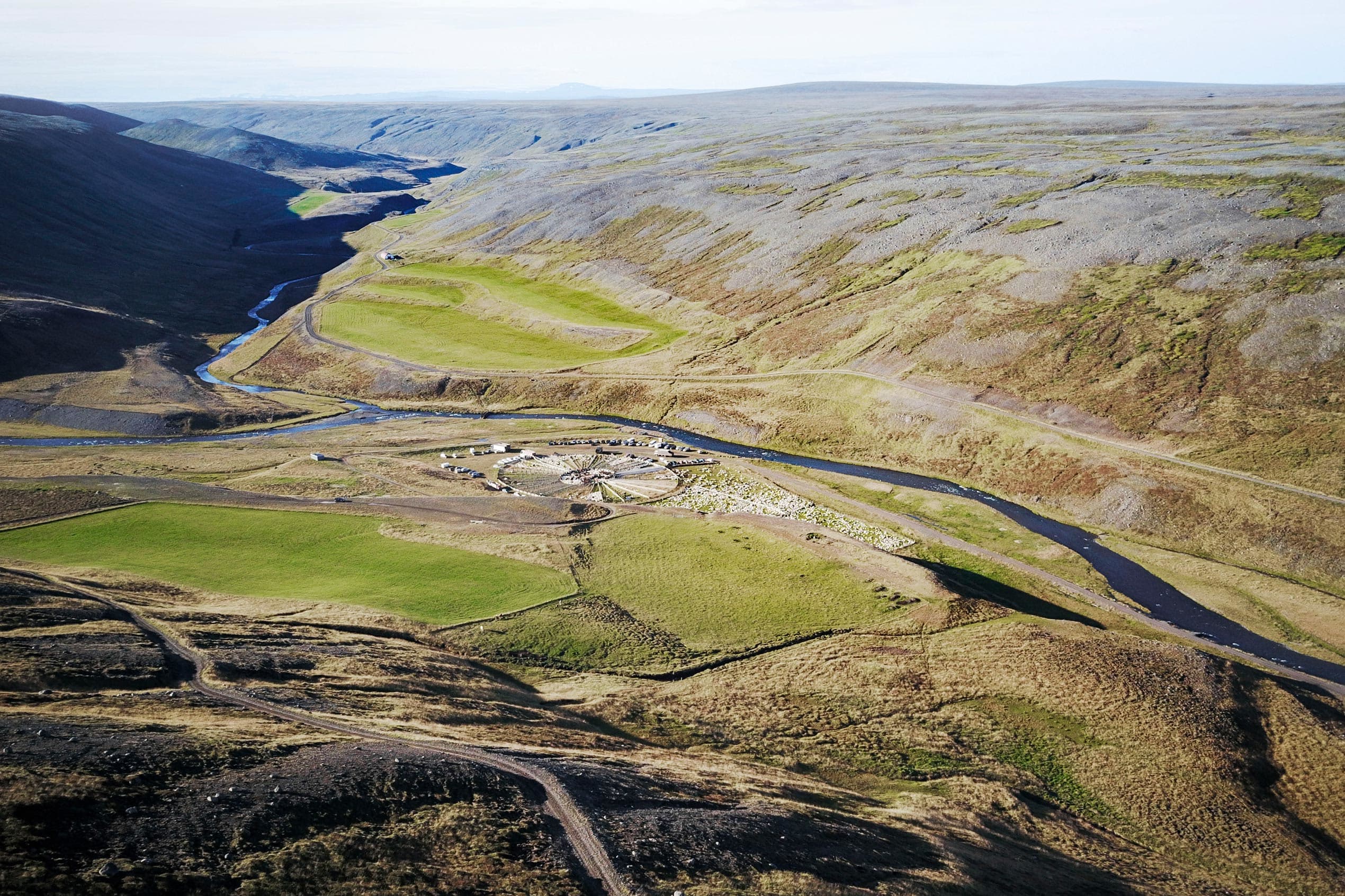 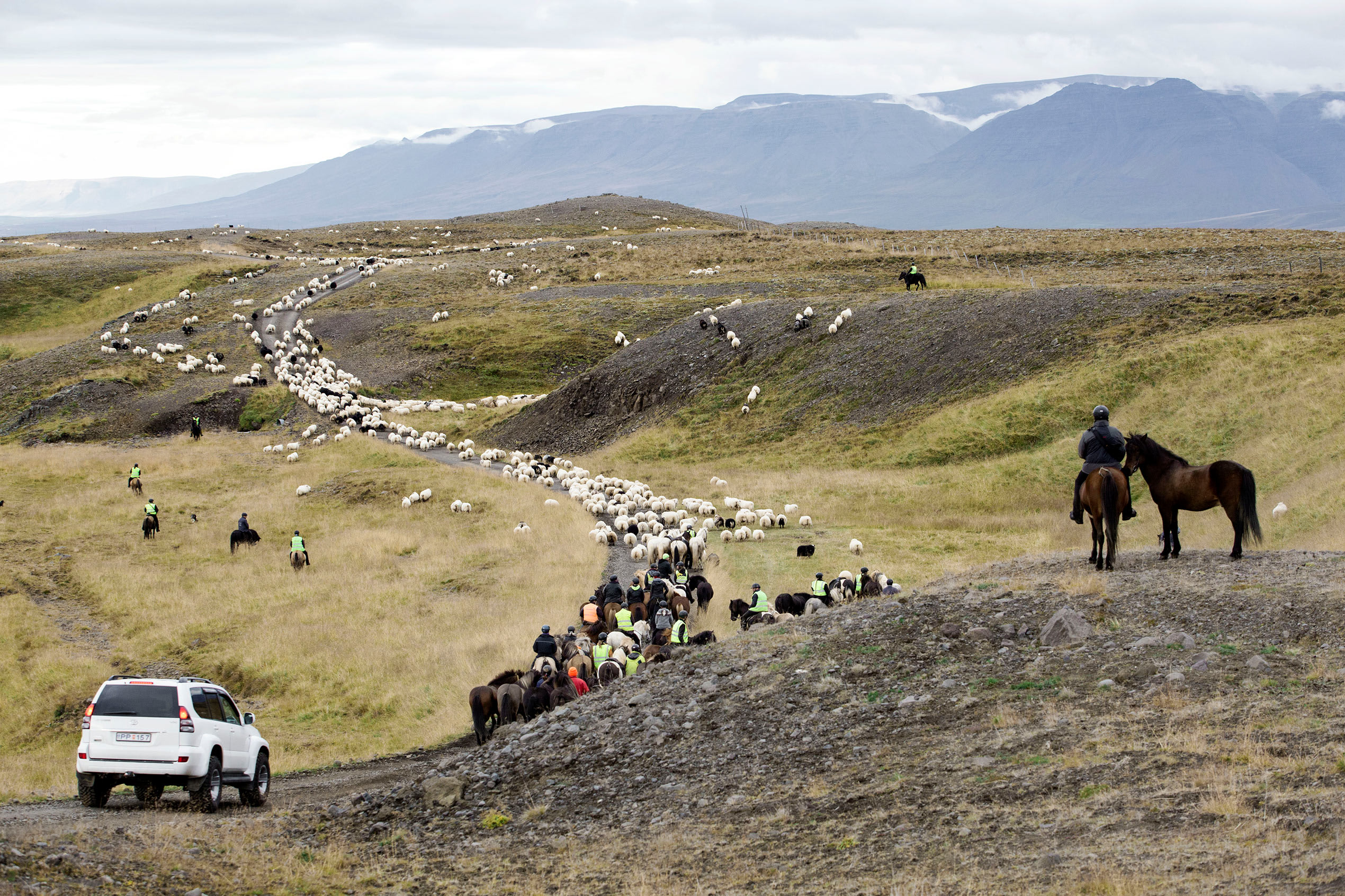 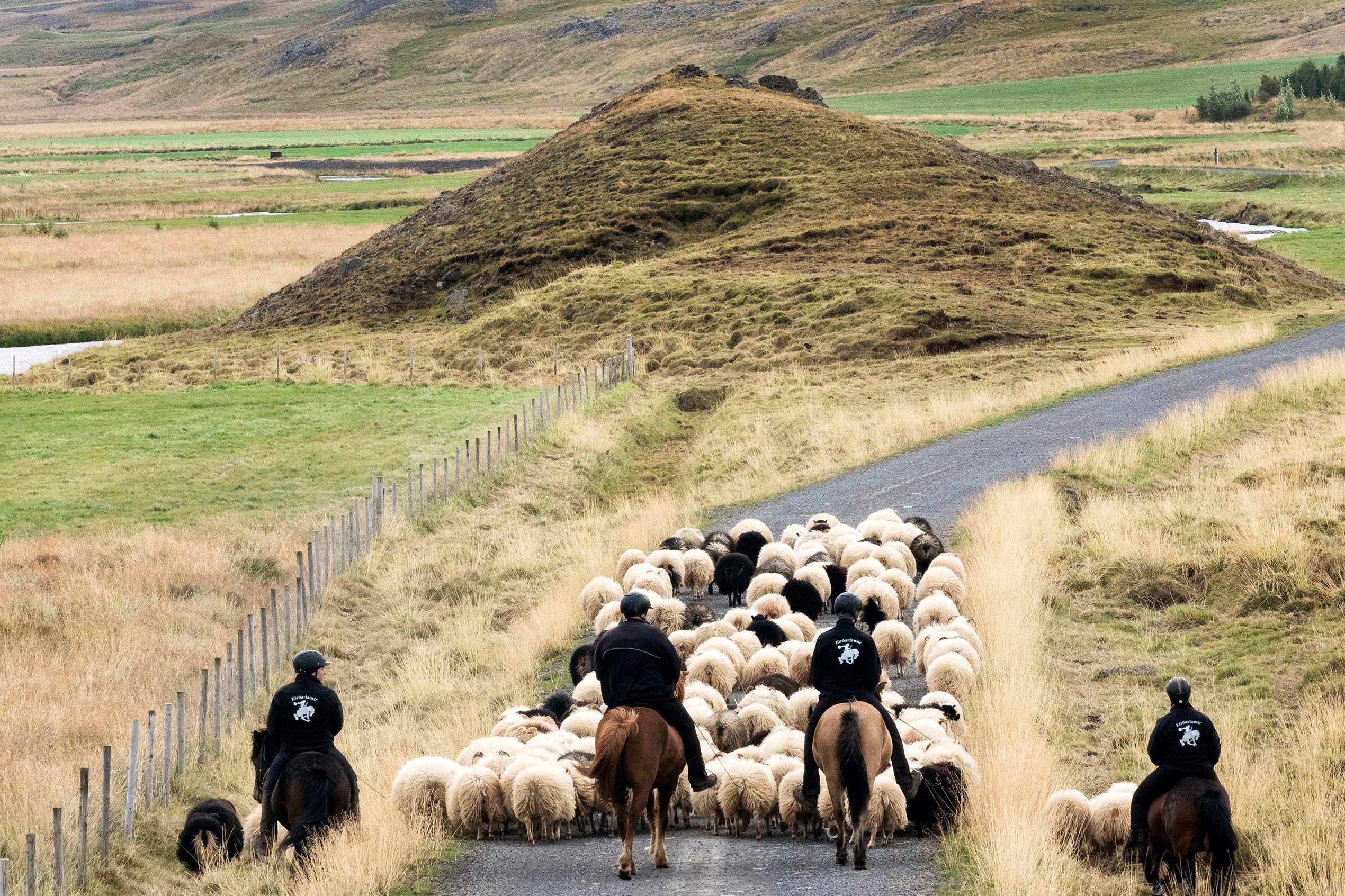 Experienced horse riders can often join tours that are involved in the réttir, while spectators are usually welcome at events. The roundups are usually held around the country in mid-September.