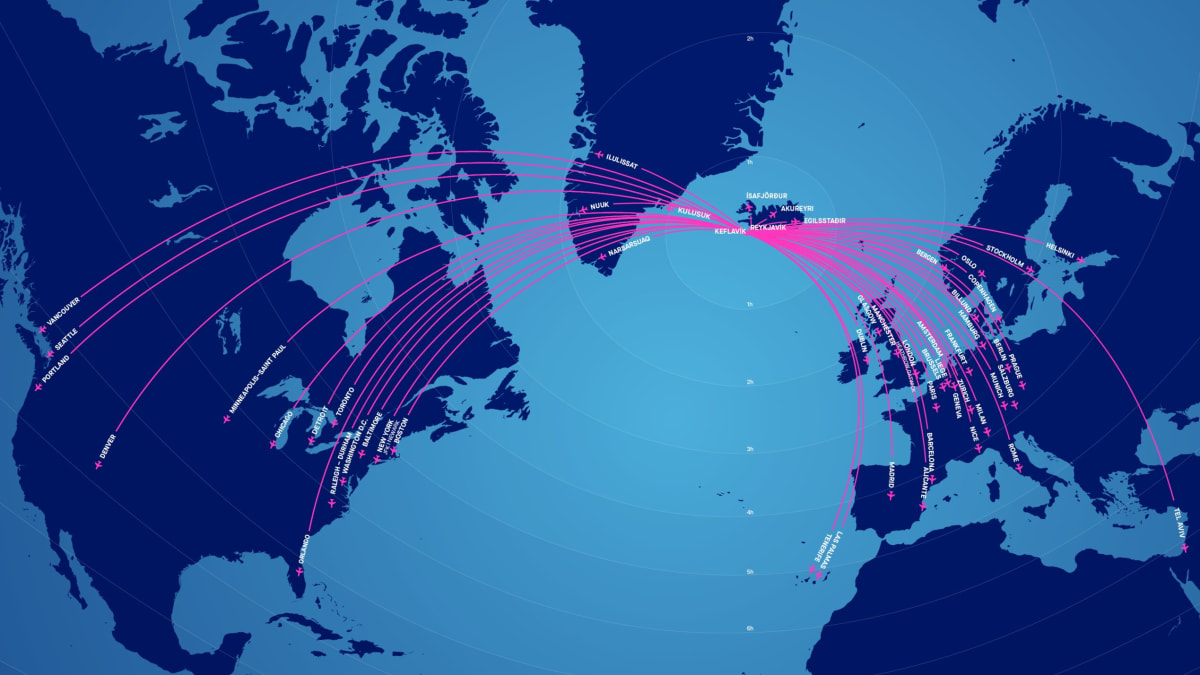 By uniting passengers traveling to and from Iceland with passengers crossing the Atlantic via Iceland, Icelandair has expanded and reinforced its network continuously over the last decades. Our Icelandair route network is the core of our operations where our hub, with its unique geographical location in the North Atlantic, plays a key role.

Icelandair operates in four key markets: to Iceland, from Iceland, via Iceland, and within Iceland. Connecting gateways in Europe with gateways in North America, through Iceland as a hub, our route network gives streamlined access to travels across the North Atlantic and in the West Nordic region.

In March 2021, with the integration of Icelandair and Air Iceland Connect operations, our route network has expanded to cover domestic Iceland destinations as well as destinations in Greenland.

The network is based on 24-hour rotation, with connecting flights leaving Iceland in the mornings and afternoons.