​George Clooney and the grandeur of Iceland’s glaciers

George Clooney shot about 15 days of his film The Midnight Sky on top of a glacier in Iceland. The film crew was excited to see the grandeur of the glaciers, but it was a huge challenge shooting in a location where, at certain points, it was -40° and the wind made it seem even chillier.

The film The Midnight Sky is based on the 2016 novel Good Morning, Midnight by Lily Brooks-Dalton. George Clooney, who both directs and stars, plays the scientist Augustine. A team of astronauts are sent to explore a planet Augustine has discovered, after a mysterious global apocalypse occurs. It is a beautiful story about redemption and what happens if you don’t care for Earth, and you don’t care for each other.

The Midnight Sky is released on Netflix on December 23.

Can you tell us a little about The Midnight Sky?

The movie takes place in two worlds. It takes place on Earth after we’ve sort of blown it to bits, and it takes place in space, on the spaceship that was on its way to try and find a planet for us to live on. They [the scientists aboard the spaceship] are coming home and can’t get in touch with us, and my job as Augustine is to try to get hold of them and tell them not to come home. Their paranoia grows as they only get silence as they are headed home. They can’t get anything and they can’t hear anything and the silence becomes this horrible dilemma for them, and it causes a lot of paranoia and a lot of angst because no one is talking to them and no one is responding. And so then they pull out this [pregnancy] ultrasound and in the middle of all this quiet, they start to hear a heartbeat, and it’s like, well, maybe we have been looking for God too far up and too far away.

It’s not a nihilistic film. In a weird way, there’s some real hope. It’s the idea of what mankind can do to mankind, but also there are some proper answers of whether or not it’s worth all the effort anyway. And I think that’s there’s some really, hopefully positive answers to that. 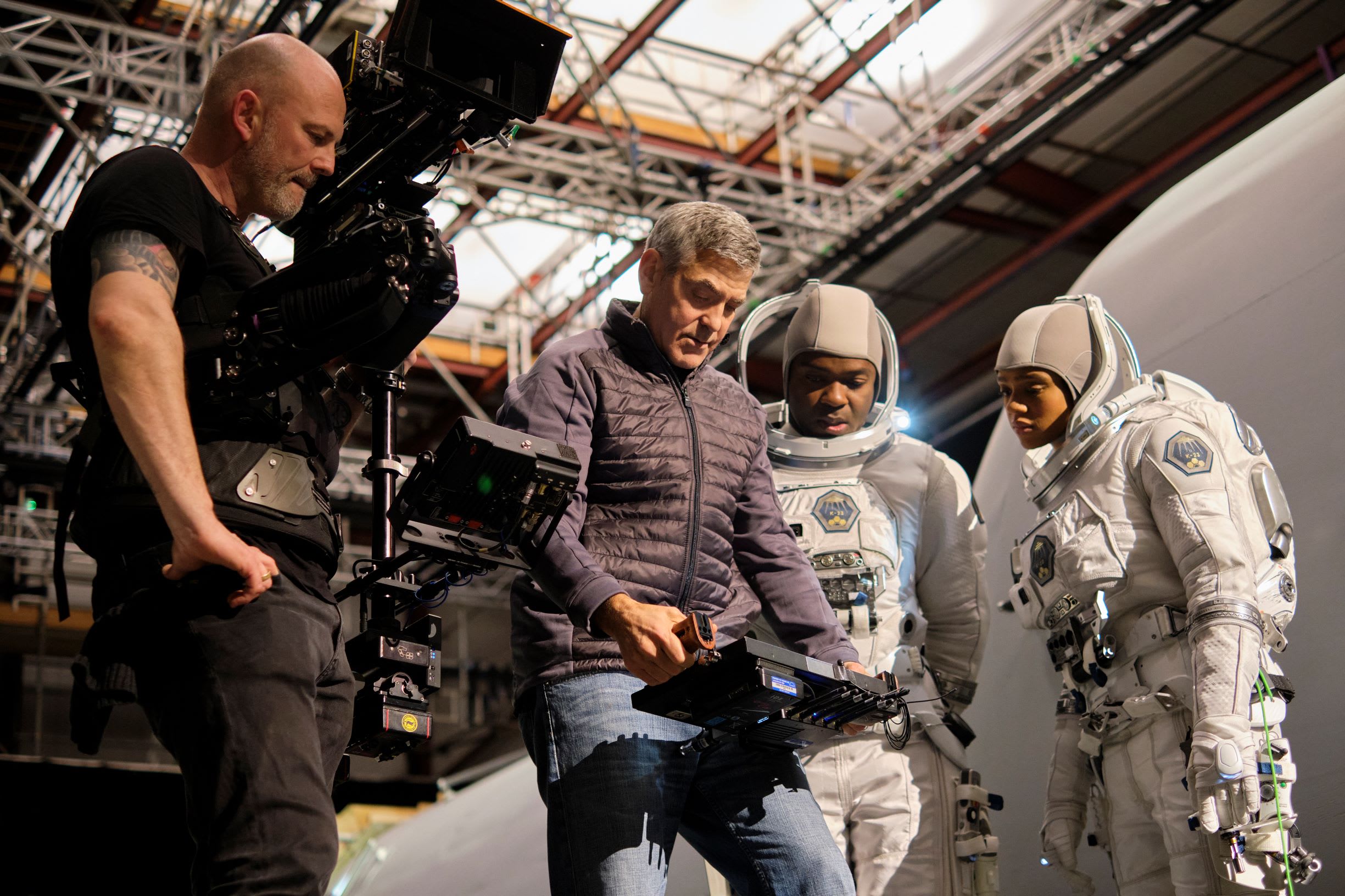 Why do this story?

This story has just got one of those absolutely badass twists at the end that you don’t see coming at all, like where people will gasp. Everyone who has read the script, the last two pages, just gasps and was sort of shocked by it. I was shocked by it. And that’s hard to do anymore, because everybody keeps trying to do that. And for the right reasons, this one was [shocking]. And it has this incredible heart, there are these beautiful stories of people trying to survive. And I play obviously the grumpy guy who gets stuck with the kid: perfect for me.

Are you still nervous when you start a shoot, even if this is not your first film?

Sure. Well I got sick, three days before we went to Iceland, and I ended up in the emergency room in Reading here in England with pancreatitis, which I didn’t even know what the hell that was. And they put me on morphine and I was there for two days. And so I was really sick, and I had to get on a plane in two days and get out and be in that weather you saw in Iceland. And so in some ways it was helpful – because I was so sick and I was really sick for three weeks, I was really sick and weak, which helps for the story. You are not as nervous as you normally would be, because you just try to drink miso soup and to sleep at night.

You look a little rough around the edges in this film. Did you grow the beard and mustache?

That’s all real ice in my beard and a real beard. My wife is really happy that I stopped shooting this. 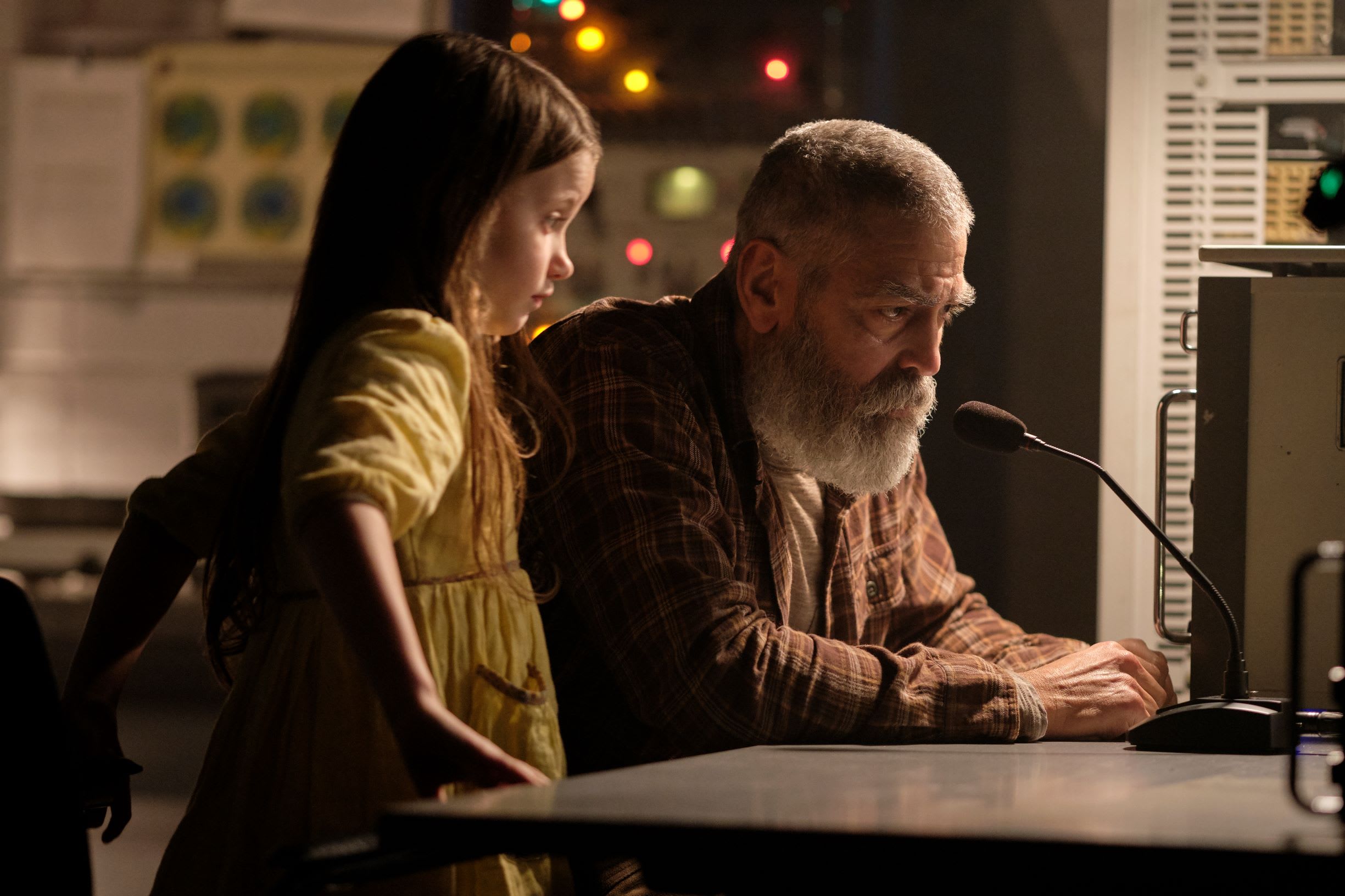 Iceland stands in for the Arctic in the film. What was your experience in Iceland like?

My experience in Iceland was that I have never seen anything like it. First of all, I think there are only about 300,000 people there – it is very small. But the space and the grandeur of the glaciers is something that I have not seen before. Also, the thing that was great … I live in a country where there is a good portion of the country that denies science, that denies climate change. When you are in the front lines, which they are [in Iceland] and you can see the glaciers melting ... there is no denying it. And to them [Icelanders] it is not a question of debate, it is about when, not if. So I really appreciate being there. They are all environmentalists there. They have a great outlook on life and I really love Iceland.

The people of course were fantastic. I wasn’t able to drink or do any of that stuff because of course I was sick and directing, so I was in my hotel room most of the time. But it’s stunning. To be in a place that doesn’t have many trees for instance. It is just so vast and so beautiful, and then to go by the great icebergs that are just floating in the lakes right off of the water. I know people come there and do it as tourists, to look at the ice. They should, it’s like nothing you have ever seen. We saw the northern lights up there. We got to see that, which was just amazing. I was looking out of my window and there’s, the sky is green certainly. And then I was green, so it all worked out.

You also hired Icelandic actors and crew. Tell us about that.

They came in and read and it was really fun. That is one of the things that is really great about doing a film in a different country because you get to go and immerse yourself in their world. And it is not just the world of the hotel and the cities and driving the streets and sightseeing. It is also the inside world of the acting community. All the actors that we hired, they all knew each other because they all worked together in theater or in small films or whatever, and to see them and be there with them and watch their energy – because for me, I have never been on a glacier like this before. But to them it is like Friday afternoon.

Tell us about working with the actress who plays Iris and those scenes you had with her. They are beautifully shot – I mean magnificent. But it must have been rough to shoot.

It was rough. She is seven so she is little. But we were also sort of tied together to one another with ropes, so we could not get blown away. It would be a perfectly blue sky and you could see forever, because it was not a snowstorm we were in, it was actually a windstorm that is blowing up snow. So it is almost like little tornadoes that are coming. You can see it coming – it is a wall of white and we have got the 65mm camera, which weighs a ton, and they are holding it like this (demonstrates) and we are all waiting for this wall to hit us and they go: rolling, and the minute you say action, you cannot hear each other, you cannot see each other and your eyelashes freeze your eyes and they are taking a blow-dryer to your eyes, so you can open your eyes again. And it would last for about five minutes maybe and then it would pass and there would be a blue sky and calm and beautiful and we are like: what just happened? And then you wait for the next one... 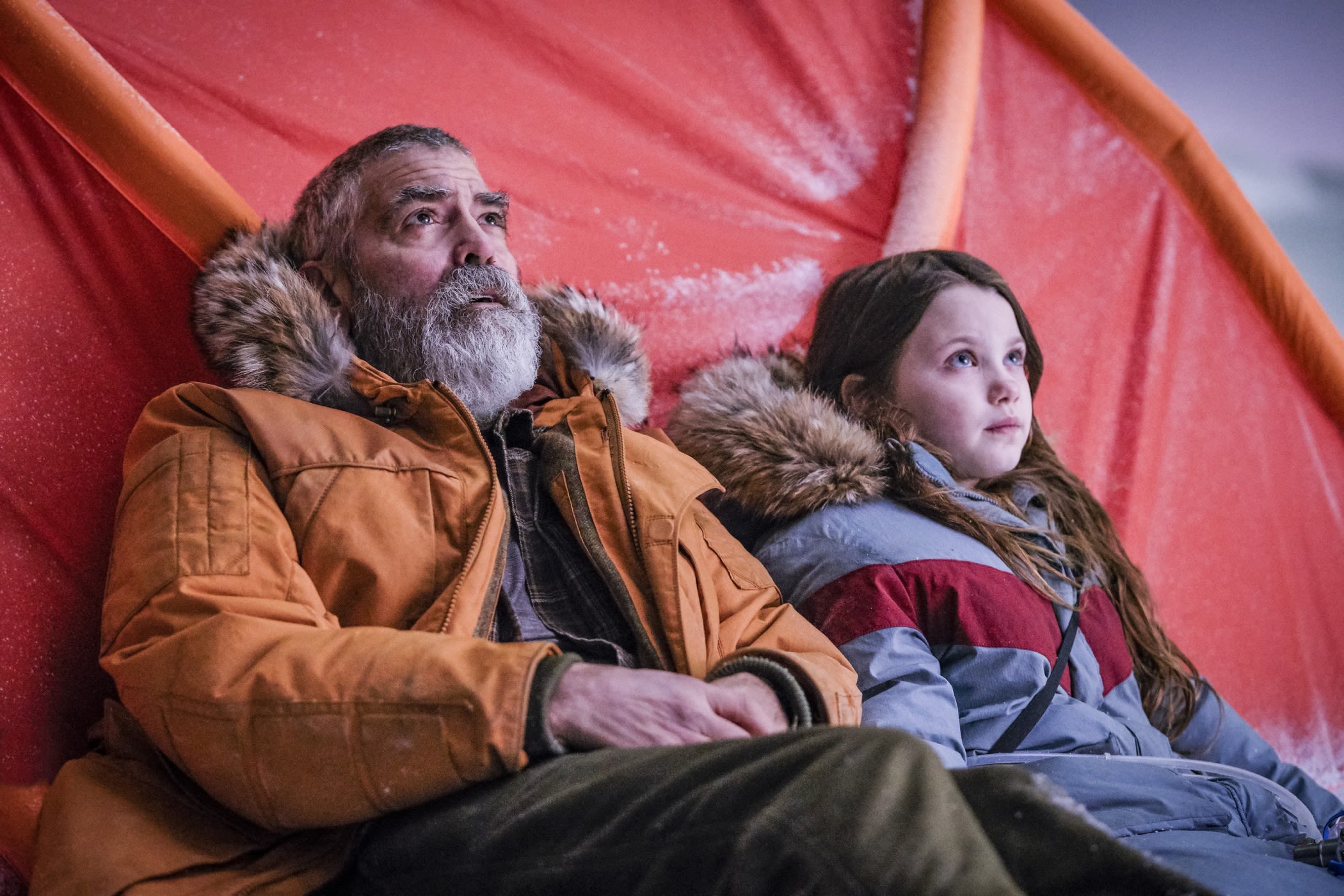 This film is about family. Has this more significance for you now that you have your own family, making a film like this?

Sure. Of course it has more significance, because it is also about communication and it is about being home, and it is not just my family here – my two kids and my wife – it is about not being able to be close to my parents in Kentucky. It is about her [Clooney’s wife, Amal] not being able to be close to her parents in England. It is about communication. It is about regret and redemption and all of those things as I approach 60 years old, you deal with. But having a family certainly informs how you look at it in a much different way. Particularly your responsibility towards taking care of one another.

Your character in the movie is alone a lot. How comfortable are you being alone?

Well first of all, now that I have twins there’s no such thing as alone time. And it is the funniest thing because here I am the director, right, and on a film set the director is sort of like the Grand Poobah, I am like ‘move that over there and do this’. And then when I drive, it takes me an hour to get home and I walk in and it’s changing diapers and heating up bottles still and all this shit, and it’s like now we are in the middle of potty training, which is good, not for the kids, for me.

Truenorth, the Icelandic film production company that worked on The Midnight Sky, shared with us that the filming location was Skálafellsjökull in southeast Iceland.

Skálafellsjökull is an outlet glacier of the mighty Vatnajökull ice cap. Vatnajökull is the largest ice cap in Iceland and the largest in Europe; it measures approx 7700 square kilometers and covers around 8% of Iceland's surface. It's the centerpiece of Vatnajökull National Park, which was awarded recognition on the UNESCO World Heritage List in 2019.

The southeast of Iceland allows great access to icy landscapes, with a number of tours and activities that can take you onto the ice – glacier walks, snowmobile tours, kayaking or boat trips on glacier lagoons, winter tours to ice caves, and much more. The largest town in the area is Höfn, with a number of guesthouses and hotels, and restaurants serving up the town speciality, langoustine.

The Visit Vatnajökull website is a great source of travel information for the area.