Have you thought about visiting Iceland for its unique natural landscapes? Or Copenhagen for its amazing gastronomy, architecture and culture? Why not combine both destinations in one trip from North America when you fly Icelandair?

Transport yourself back through Denmark’s past with a walk through the colorful corrugated steel homes of Iceland’s capital, Reykjavík. On your walk, you’ll pass by cafés and restaurants incorporating the cozy atmosphere of Danish hygge. Head down Laugavegur, a shopping street not unlike Copenhagen’s renowned Strøget, though definitely on a smaller, Icelandic scale.

Over the decades since it attained independence from Denmark in 1944, Iceland has naturally formed its own identity. It cleverly harnesses its sustainable resources to power homes, develop its fishing industry and create a world-class spa culture with hot pots, geothermal pools, hot springs and the ever-popular Blue Lagoon. 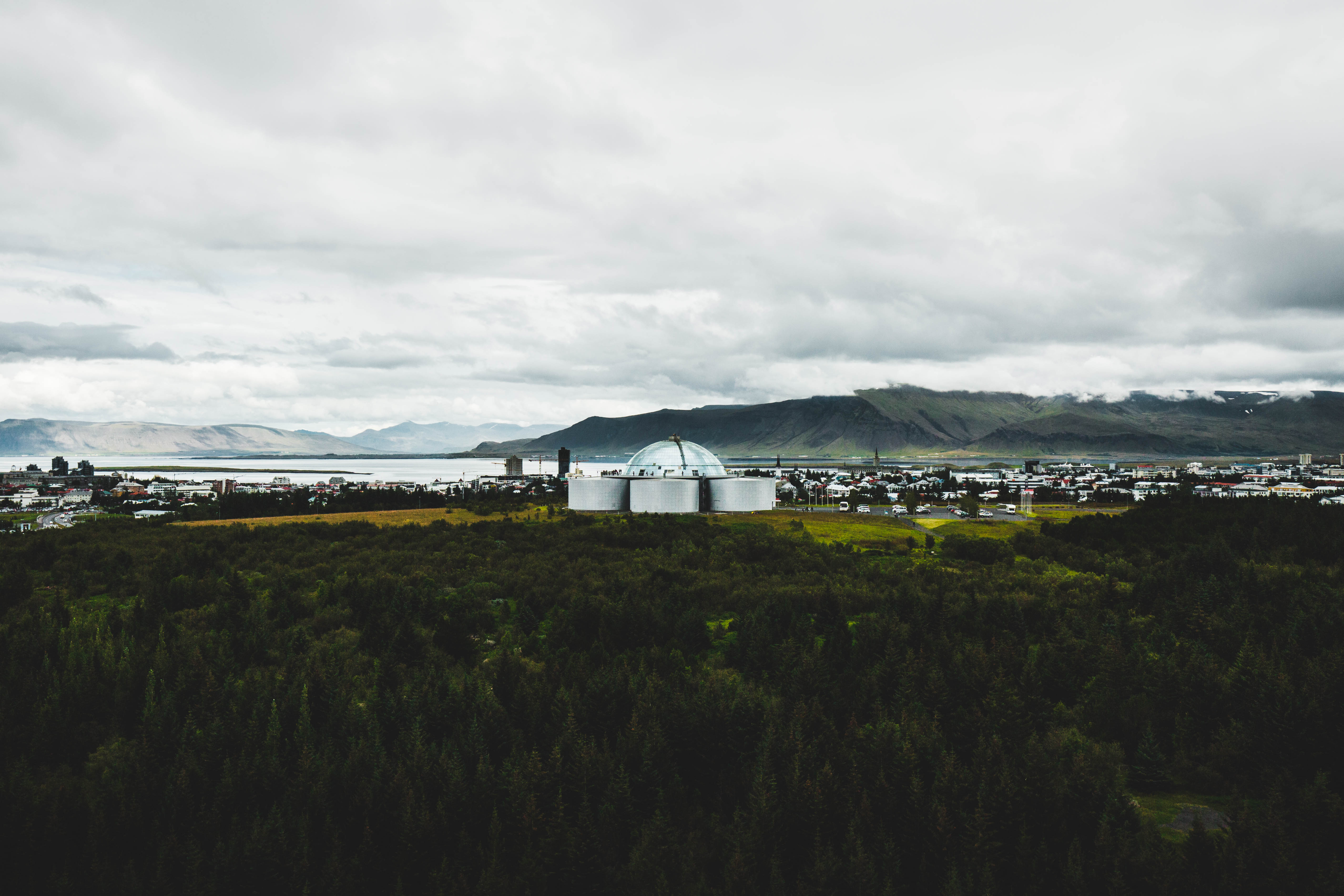 Reykjavík in the summer.

Copenhagen is a city packed with design hotels, venues, on-trend neighborhoods, green parks and inner-city canals. In September 2019 a new Metro line opened, with 17 new stations making it easier to get around for a taste of local life among a strong mix of classic attractions and new upcoming areas. 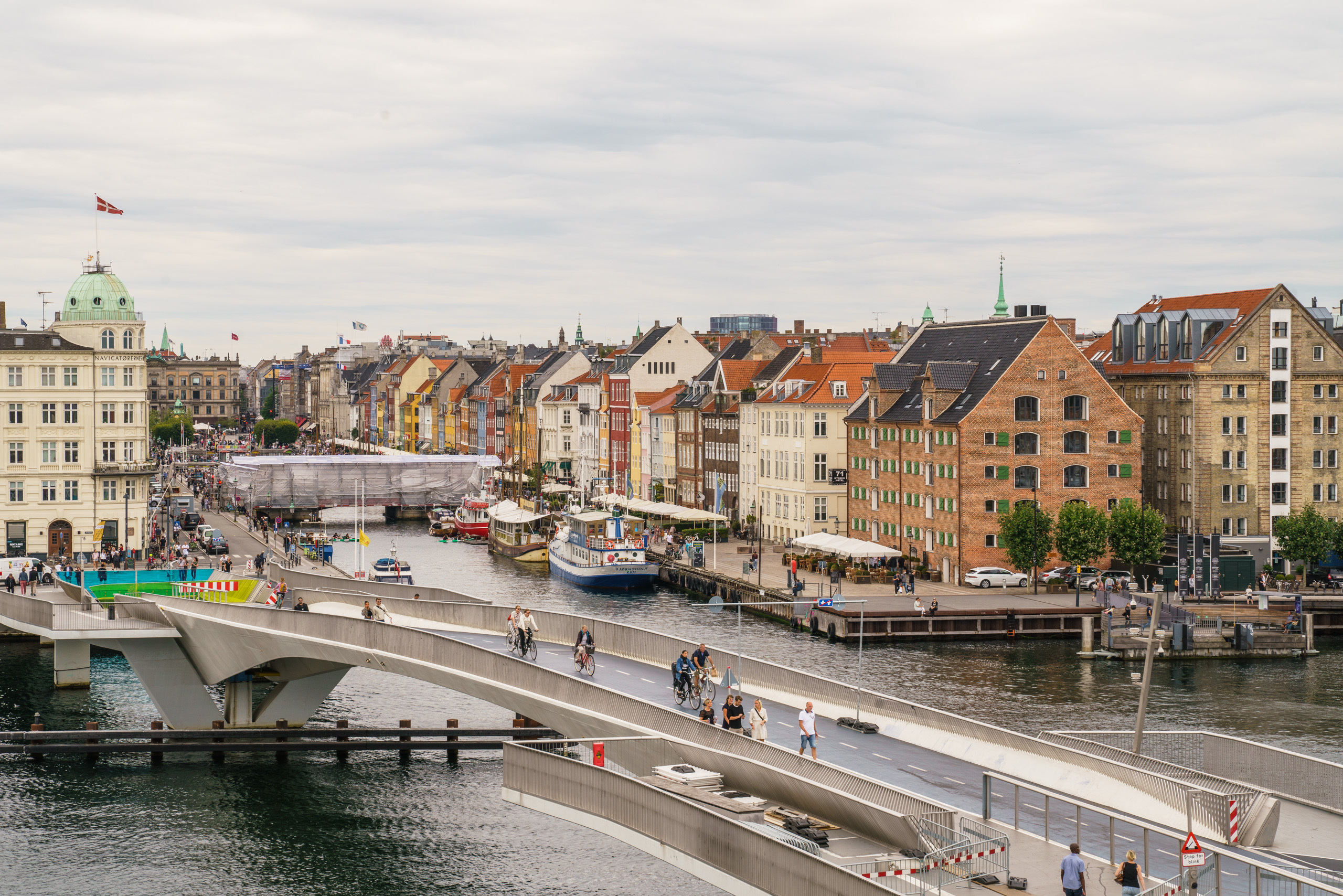 Head to Amalienborg, the home of the Danish royal family. Experience the colorful homes and shops of Nyhavn, and make your way to Tivoli Gardens, the world’s second-oldest amusement park (circa 1843) and rumored inspiration for the original Disneyland. Be sure to also explore the new neighborhood Refshaleøen, a former industrial district that has become one of Copenhagen’s hippest areas and a hub for creativity, urban development, festivals and great food—it’s home to four-time winner of the World’s Best Restaurant title, Noma.

Feeling hungry? From Danish pastries to New Nordic cuisine, Copenhagen is a global hotspot for food, and Iceland is following its lead, showcasing its own local and seasonal produce. In recent years, the Icelandic hot dog—known in Iceland as a pylsa—has become a popular snack for Icelanders and tourists alike, with its roots originating in the Danish version. What’s the difference? Find out for yourself… 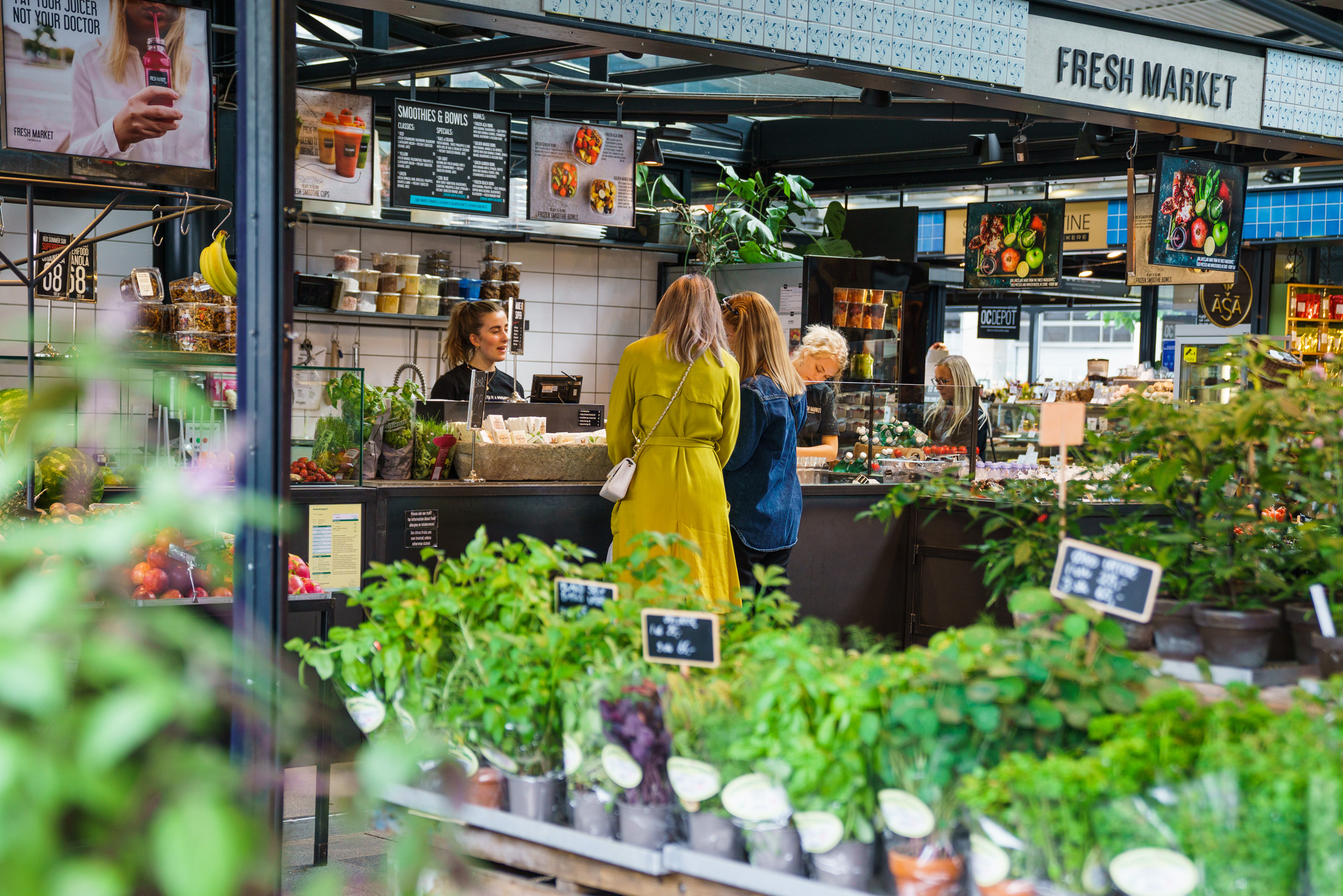 Experience two destinations in one trip from North America with daily, year-round service to Copenhagen from Iceland. Add a Stopover at no additional airfare from any Icelandair gateway in the USA or Canada, either on your way to Denmark or your return home.