Autumn in the Valley of Þór

Photographer Benjamin Hardman captures the changing seasons in the wild valley of Þórsmörk.

See Benjamin's other photo essays from winter in the icy north, and Iceland's transition from winter to spring.

Towards the end of August, Iceland welcomes the return of the night sky and midnight glow of the aurora borealis once again. The vibrant green hues of the summer landscape slowly begin to transition as the autumn season nears. On the southern edge of Iceland’s Highland region, the red and orange autumn colors swiftly transform the valley of Þór (in Icelandic, Þórsmörk). With a unique mix of moss-covered canyons, winding glacial rivers and fields of silver birch trees, a day tour into the area will be an unforgettable experience.

A viewpoint from a hike along the top of Hvannárgil. 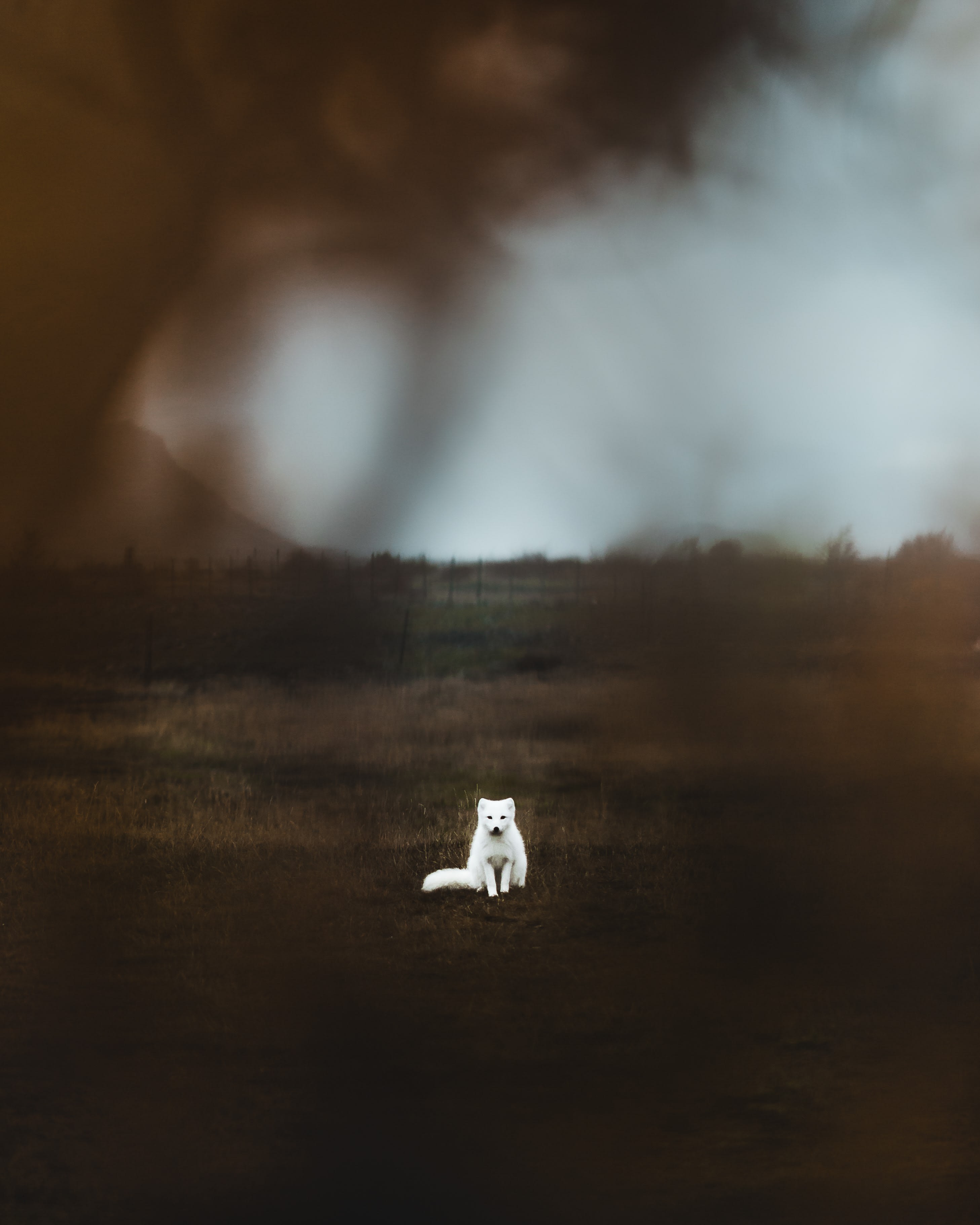 An Arctic fox in Húsadalur, ready for winter with its white coat.

At this time of year, cloudy skies are a common sight and create an amazing atmosphere together with the newly transformed color palette of the landscape. During a ride in one of Iceland’s infamous modified super jeeps, you’ll find yourself traversing several glacial rivers as you navigate through the valley to reach one of Þórsmörk’s three mountain huts, at Húsadalur, Langidalur or Básar. Hiking from the huts up to the summit of one of the many mountains in the area, you’ll gain a panoramic view over the glacial river streams and the outlet glaciers from which they originate, as well as a chance to see the distant peaks high up on both Mýrdalsjökull and Eyjafjallajökull, the site of the 2010 volcanic eruption that caused great disruptions across Europe. 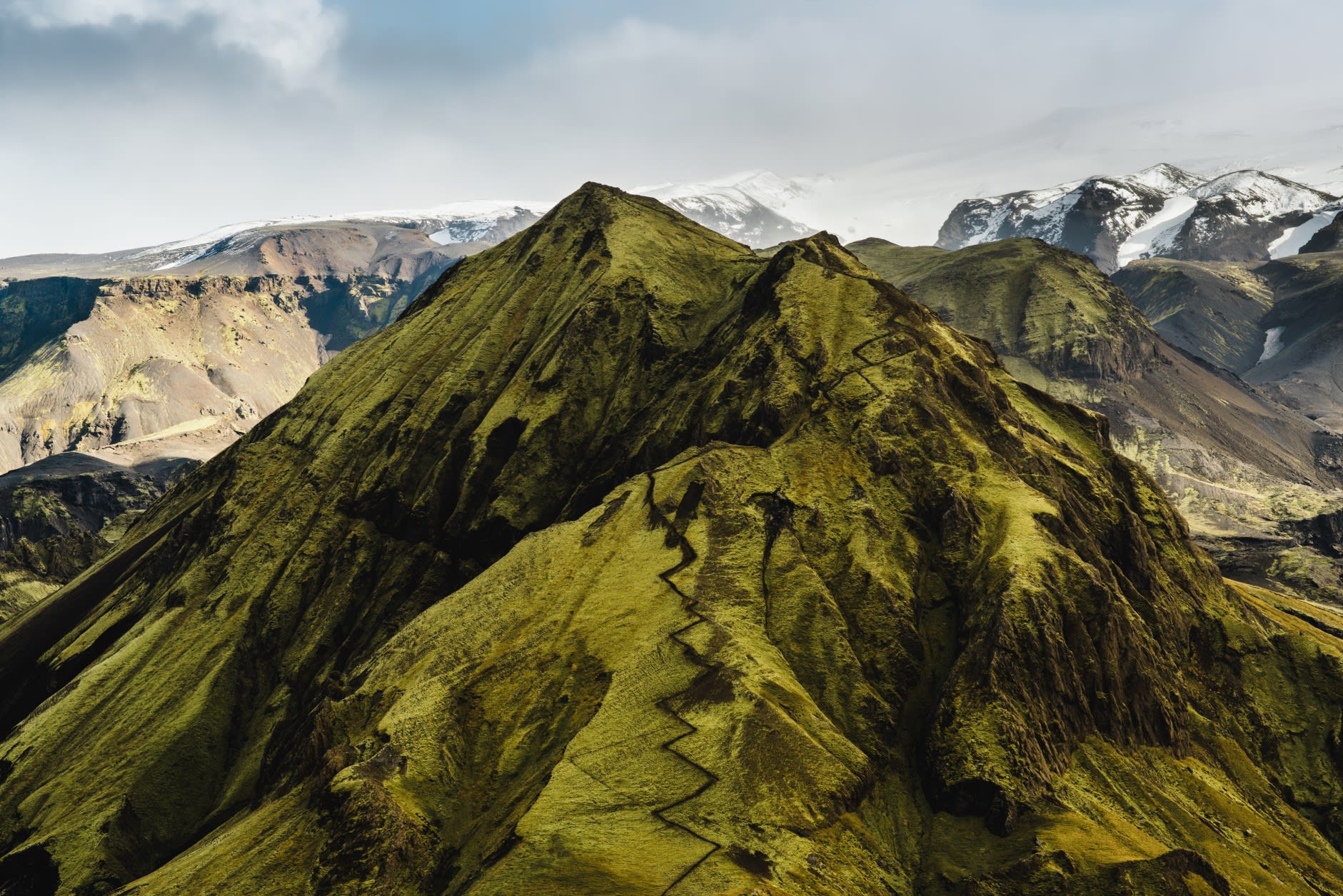 An aerial view of Rjúpnafell and its twin peaks. 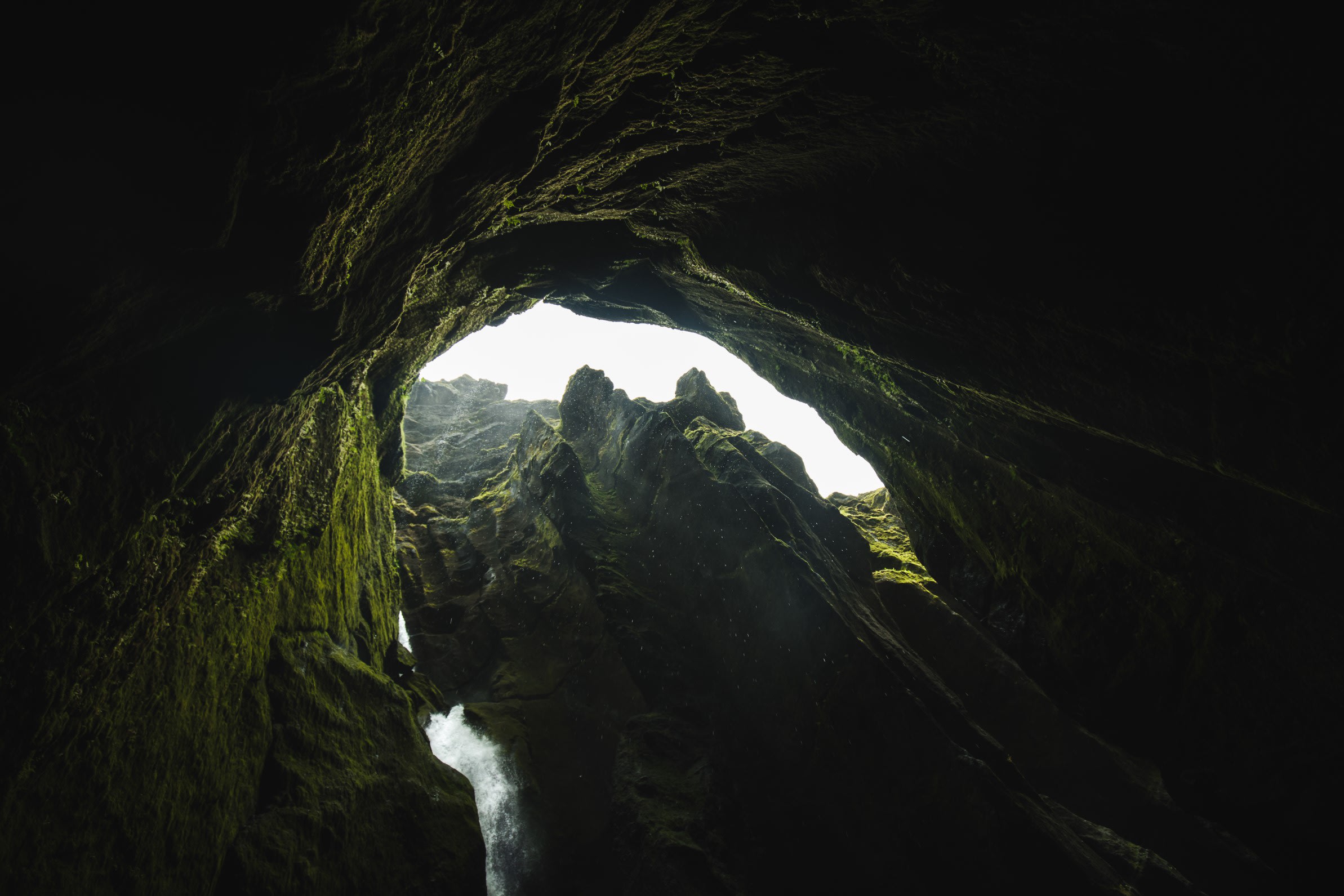 Looking up to the ceiling of a canyon waterfall in Stakkholtsgjá.

Whilst the autumn season is short, lasting just a few weeks, it offers an amazing window to witness nature’s ability to transform and adapt. It’s worth mentioning that Þórsmörk is just one of many stunning autumn locations in Iceland. With the country full of glacial valleys, winding fjords and volcanic mountain ranges, it’s possible to enjoy this unique season all around the island. Colder temperatures and the first dusting of snow mark the end of the season and the beginning of the longer winter ahead. The distinct visual changes between seasons make Iceland an amazing place to return to at different times of the year. It almost feels as if you’re stepping into a new world each time. 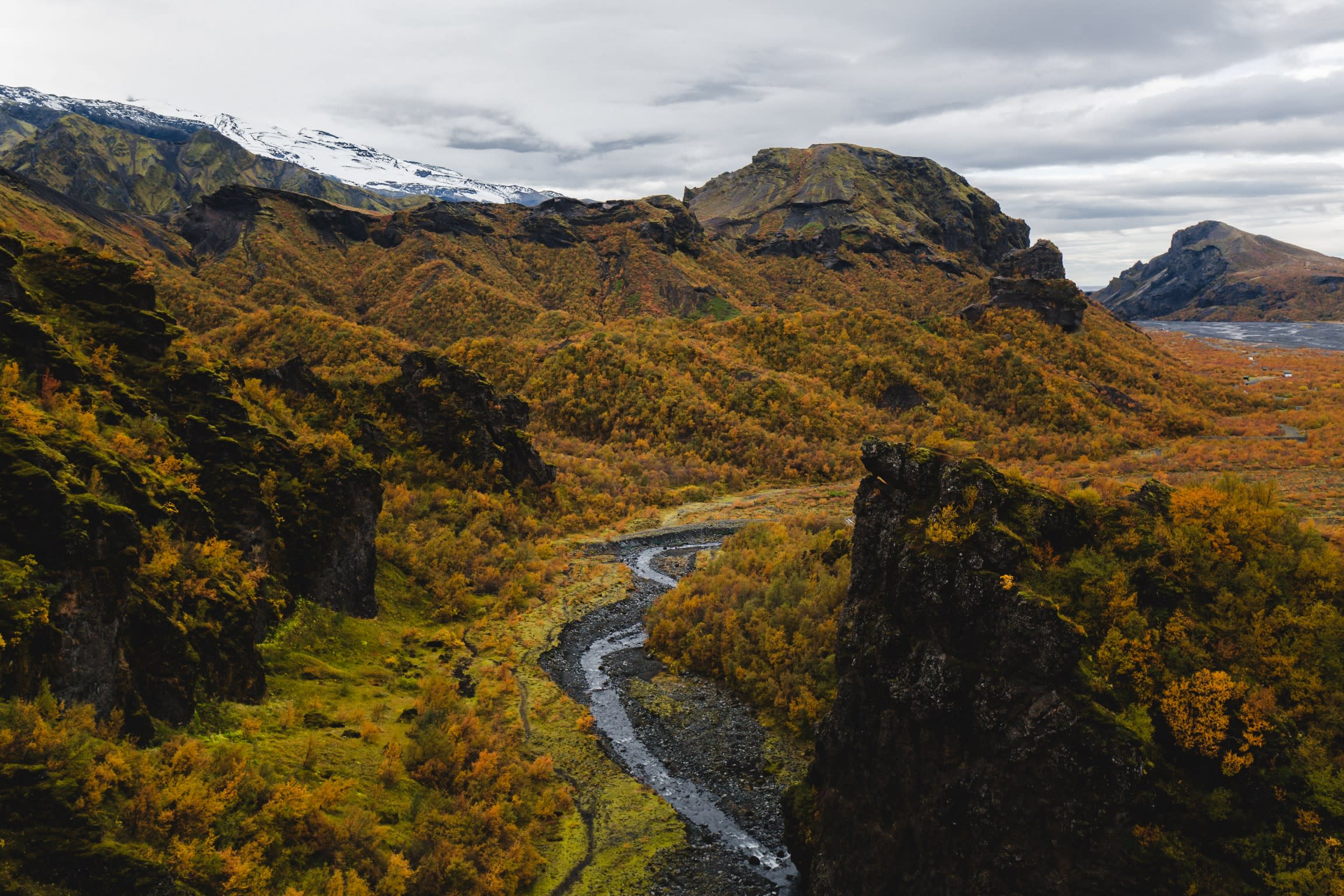 The vibrant autumn colors around Básar and the beginning point of the Fimmvörðuháls trail. 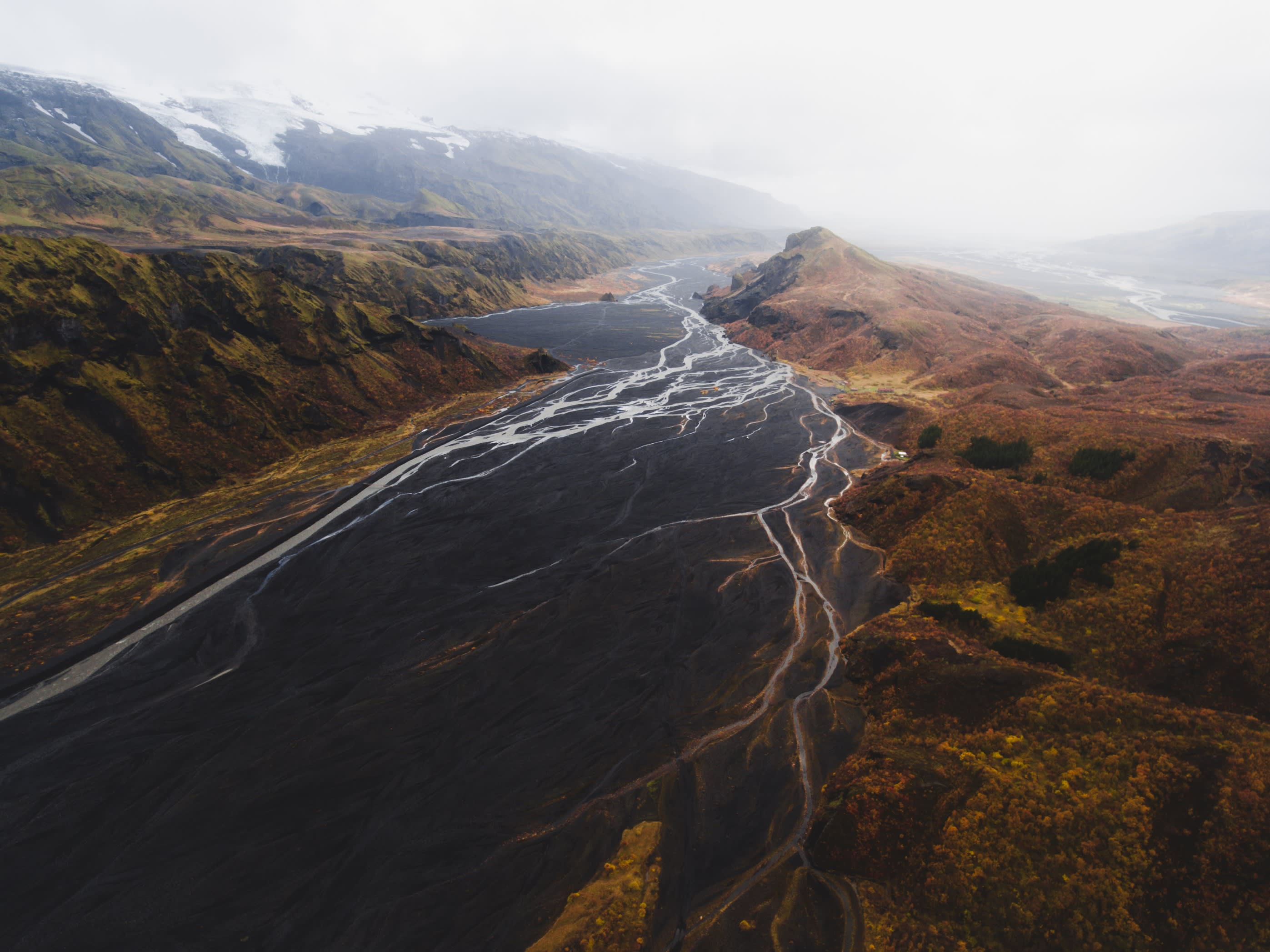 This article first appeared in the Icelandair Stopover magazine, fall 2019