Christmas in Iceland: a northern yuletide

How do you celebrate Christmas on the edge of the Arctic region, in a season that provides less than 5 hours of daylight? It’s a great question. The most obvious answer is to light up your home and embrace the coziness of the season!

Icelanders put a great emphasis on Christmas lights, lavishly decorating their houses and gardens in early December. The multicolored parade is usually kept running well into the new year and lifts the spirits of the people through the darker winter season.

But an Icelandic Christmas involves so much more than just this. It’s the lights, music, folklore and traditions of Christmas in Iceland that make it unique. 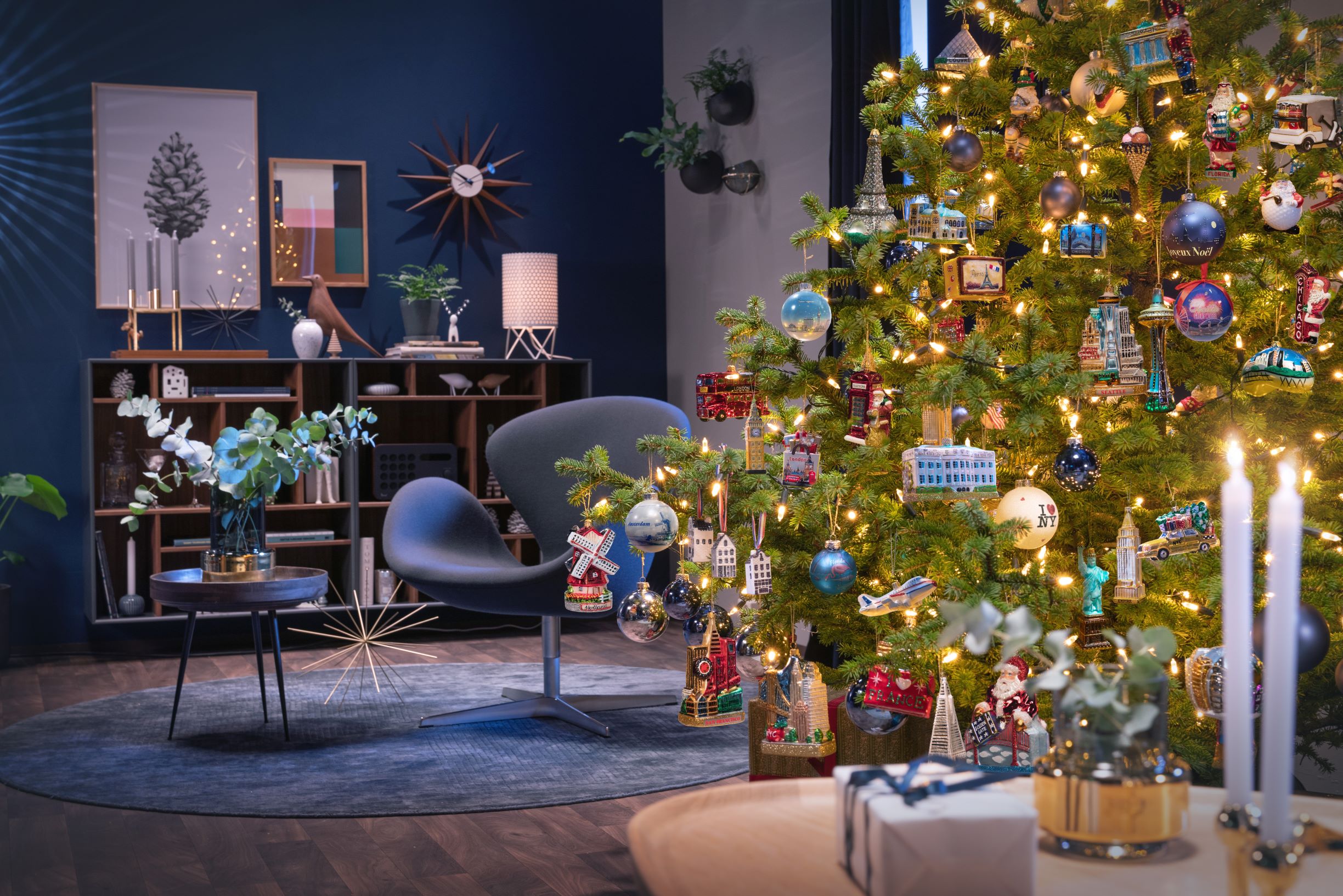 Many Christmas holiday traditions in Iceland will be familiar to American and European travelers, such as the Christmas trees that dress their living rooms, the large family gatherings that take place, and the singing of yuletide carols.

That said, there are some aspects of Christmas in Iceland which set it apart, giving the event its own unique charm and flair.

Candles used to be the only form of decoration available to the average Icelander. The tallow candles – made from rendered beef or mutton fat – could be found burning brightly at Christmas time.

These lights were generally reserved for special occasions, and they invoked a festive spirit in Icelanders, in addition to making the merciless winter just that little bit more bearable.

Beginning in the 19th century, many children would receive a candle as a Christmas gift and it’s thought that this is probably why Kertasníkir (Candle Beggar), who is one of the 13 naughty Yule Lads, makes his way to town on December 24th. 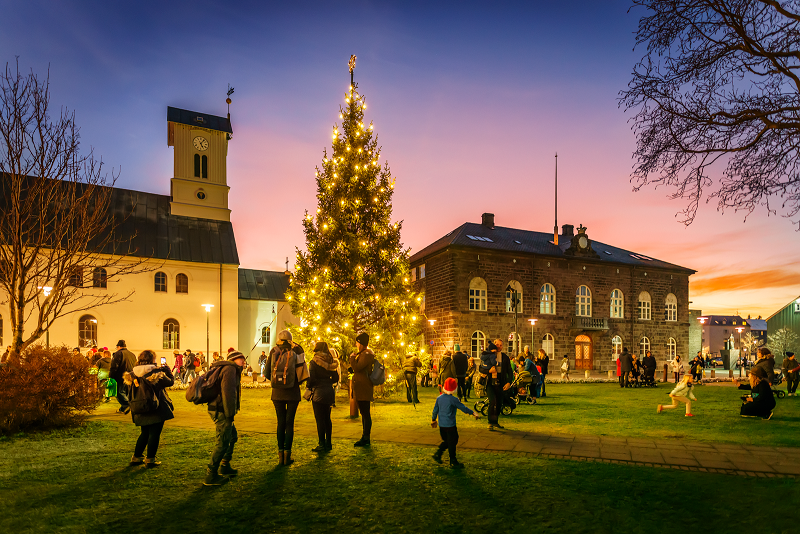 In the old days, a message between two Icelandic people would take a while to reach its destination. Its journey was long and arduous, forced as it was to make its way across the unpaved wilderness.

With the establishment of the national radio, RUV, in 1930, Icelanders gained a common means of communication. Soon, the reading of Christmas greetings took place over the airwaves.

Originally meant for relatives who were far from home, the placing and receiving of a Christmas greeting read out over the radio soon became a cultural tradition.

To this day, almost the entire radio program on December 23rd is taken up by holiday greetings and many Icelanders will tune in to listen to the festive address. 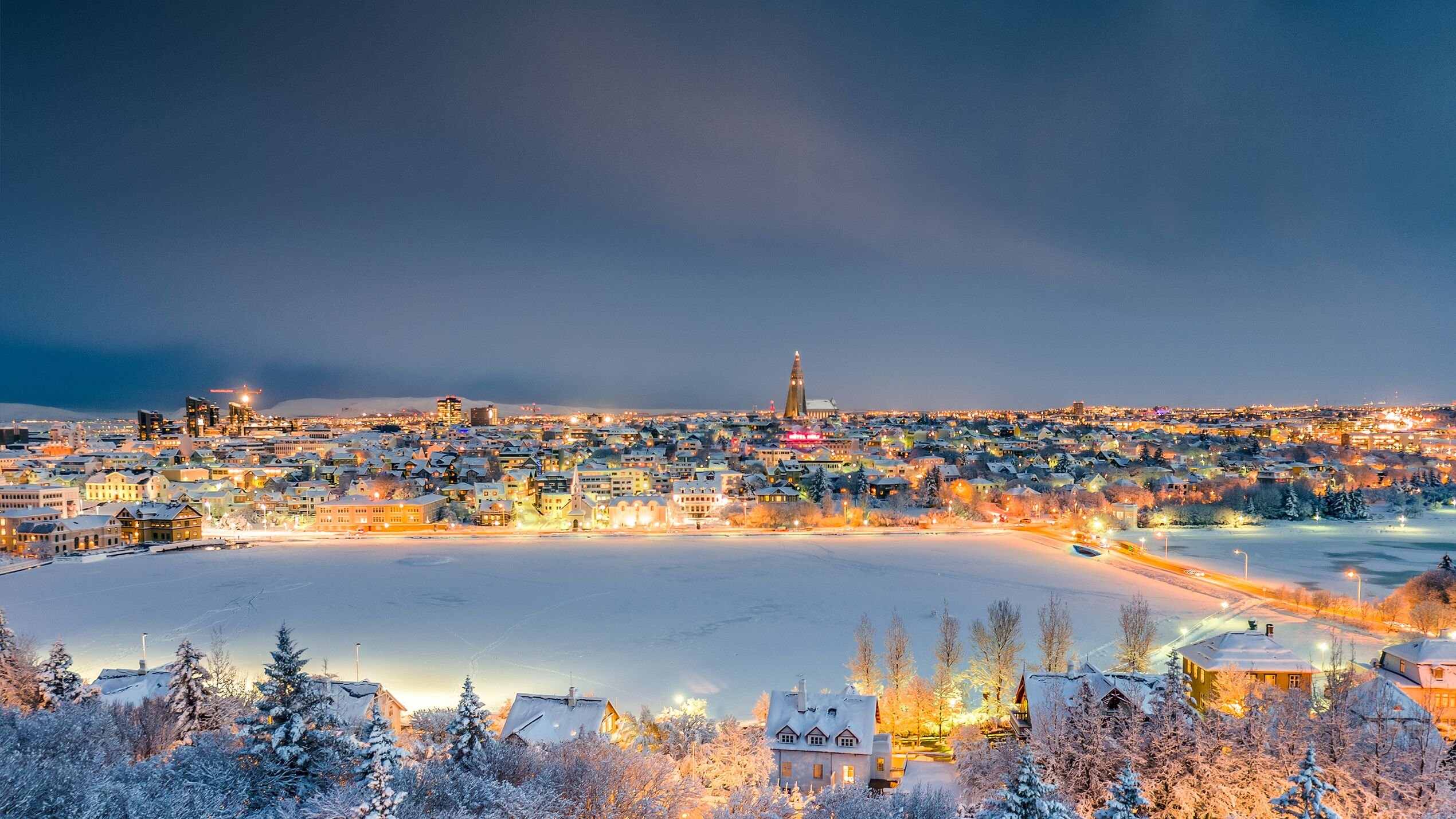 Listen to the radio in Iceland and you’ll notice that it is generally taken over by Christmas music from early November onwards.

Of course, Icelanders have their own canon of Christmas songs, ranging from festive folk tunes which have been passed on through the generations, to Italian, British and American pop songs which have been adapted and/or translated to Icelandic.

Folk melodies do not recognize national boundaries, so plenty of the Christmas songs which are sung by children and parents during the Yuletide holiday in Iceland are just local versions of tunes which are known throughout Europe and beyond.

Sometimes the lyrics that were eventually written down on paper, after centuries of oral transmission, seem like the results of a game of Chinese whispers.

In the traditional carol “Jólasveinar ganga um gólf” the lyrics can be loosely translated to:

“The Yulelads roam around the floor
With a golden stick in their hand
Their mother sweeps the floor
And spanks them with a rod.”

It’s anyone’s guess exactly how to interpret these lyrics, but the charm of the carol lies in its free-spirited nature and evolution.

In the last few decades, Icelandic musicians have made a habit of adopting foreign songs and presenting them as Icelandic Christmas music, even in cases where the original tune had nothing to do with the holiday season.

Often, those songs are taken from the Italian music scene and adapted to suit an Icelandic listener.

You can check out some of the Icelandic holiday music on Spotify and see if you recognize any of the melodies.

There are a variety of seasonal food and drink which are savored by Icelanders in the weeks leading up to Christmas.

These sweet delicacies are consumed by Icelanders throughout the festive season, shared with family and friends in the warmth of their homes.

There are also some specific get-togethers which are enjoyed by many. Chief among them, the making of Icelandic laufabrauð and the consumption of a fish called skate on Þorláksmessa. 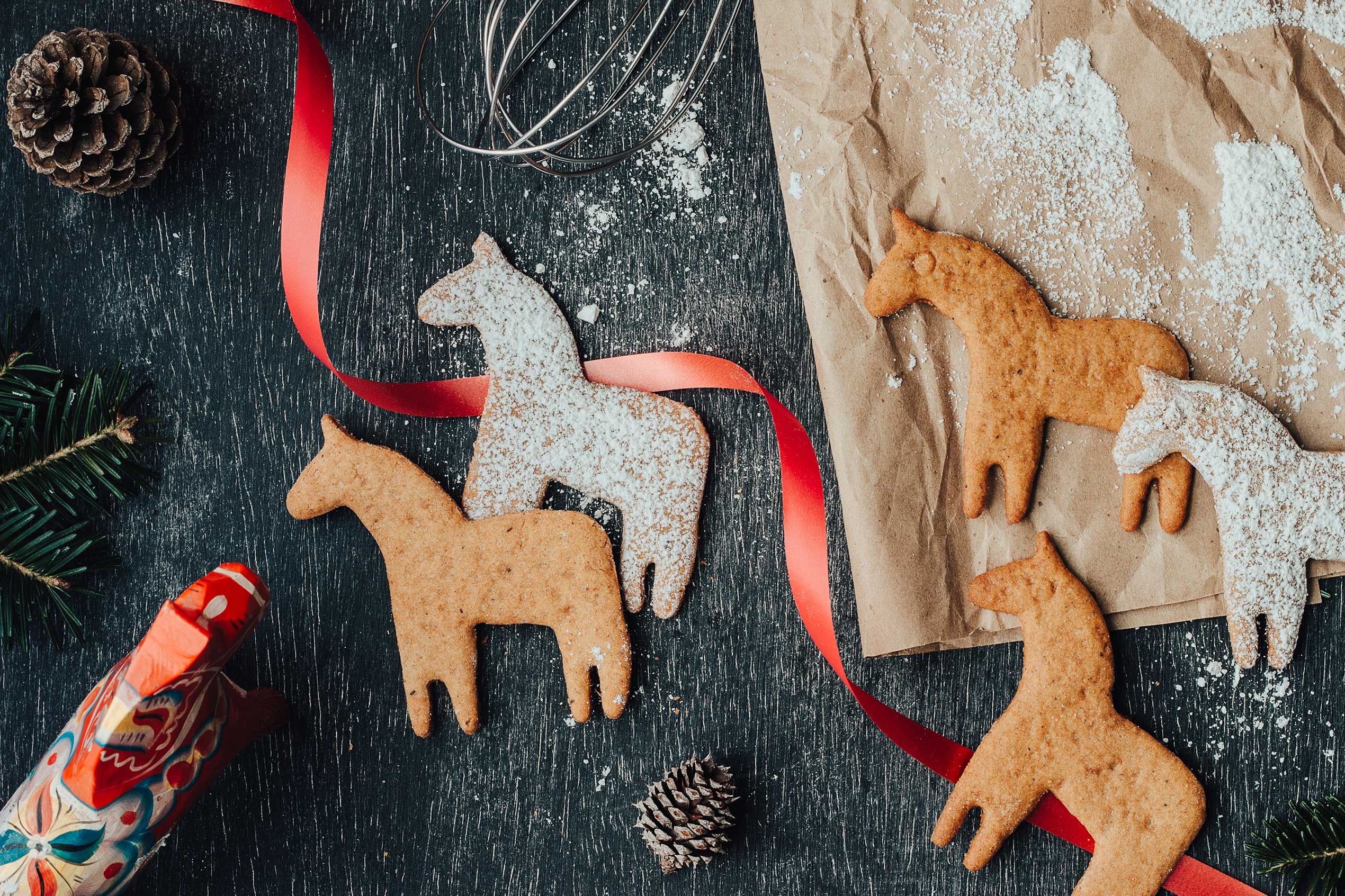 On December 23rd, or the day known as Þorláksmessa, many Icelanders will feast on fermented skate in honor of the 12th-century saint Þorlákur helgi, who died and was subsequently sanctified on that day in 1193.

This may sound like a somewhat unusual celebration, but the 23rd of December was considered the last day of advent in Iceland, a day that marked the end of a period of fasting. Traditionally, no meat would be consumed before the beginning of Christmas.

Taking part in Þorláksmessa isn’t for the faint of heart. This traditional fish dish has a pungent odor that permeates both the space it is cooked in and the hair and clothing of those enjoying the feast. It is said that the consumption of this odorous fish made the Christmas dinner seem even more appealing. Regardless of its scent, the tradition prevails.

Another uniquely Icelandic Christmas tradition is the making and eating of the thin and crunchy flatbread known as laufabrauð (which translates to ‘leaf bread’, a name which refers to the food's leaf-like appearance).

Families come together during advent to create beautiful but time-consuming decorative patterns on their laufabrauð, and the creation of these delicious pastries is a real family affair. Indeed, laufabrauð have become an essential ingredient of many Icelandic families’ Christmas dinner.

Visitors will find it in supermarkets and bakeries but for those who wish to try their hand at baking their own laufabrauð, they should remember to make small holes throughout the surface with a fork before they begin frying. Otherwise, the pastry may puff up beyond recognition and all may be lost.

The traditions of the 24th of December, the most important day of Christmas in Iceland, tend to be followed very thoroughly and devoutly.

It’s a calm, peaceful and private affair where Icelanders gather with their families. Often, the schedule is somewhat rigid, and there is little room for carefree partying, improvisation in the program, or even changes to the menu.

Many families will have decorated Christmas trees standing proudly in their living rooms and if there are children in the household, the tradition is to dance around the Christmas tree holding hands, singing classic Christmas carols and doing the movements which go along with the songs.

The national radio announces the official beginning of Christmas when the clock strikes six on the evening of the 24th of December, at which point everyone wishes their loved ones a Merry Christmas (or in Icelandic: Gleðlieg jól).

The family sits down to a Christmas dinner which is usually meat-based, with pork and ptarmigan being popular choices. However, in later years, more and more people will take a vegetarian option. For many, potatoes roasted in sugar are also an essential ingredient of Christmas dinner.

The family will then proceed to open the gifts stacked under the Christmas tree and Christmas cards from family and friends will be read aloud. Books are a popular gift and there is a strong tradition of giving books as gifts for Christmas as part of Jólabókaflóð. 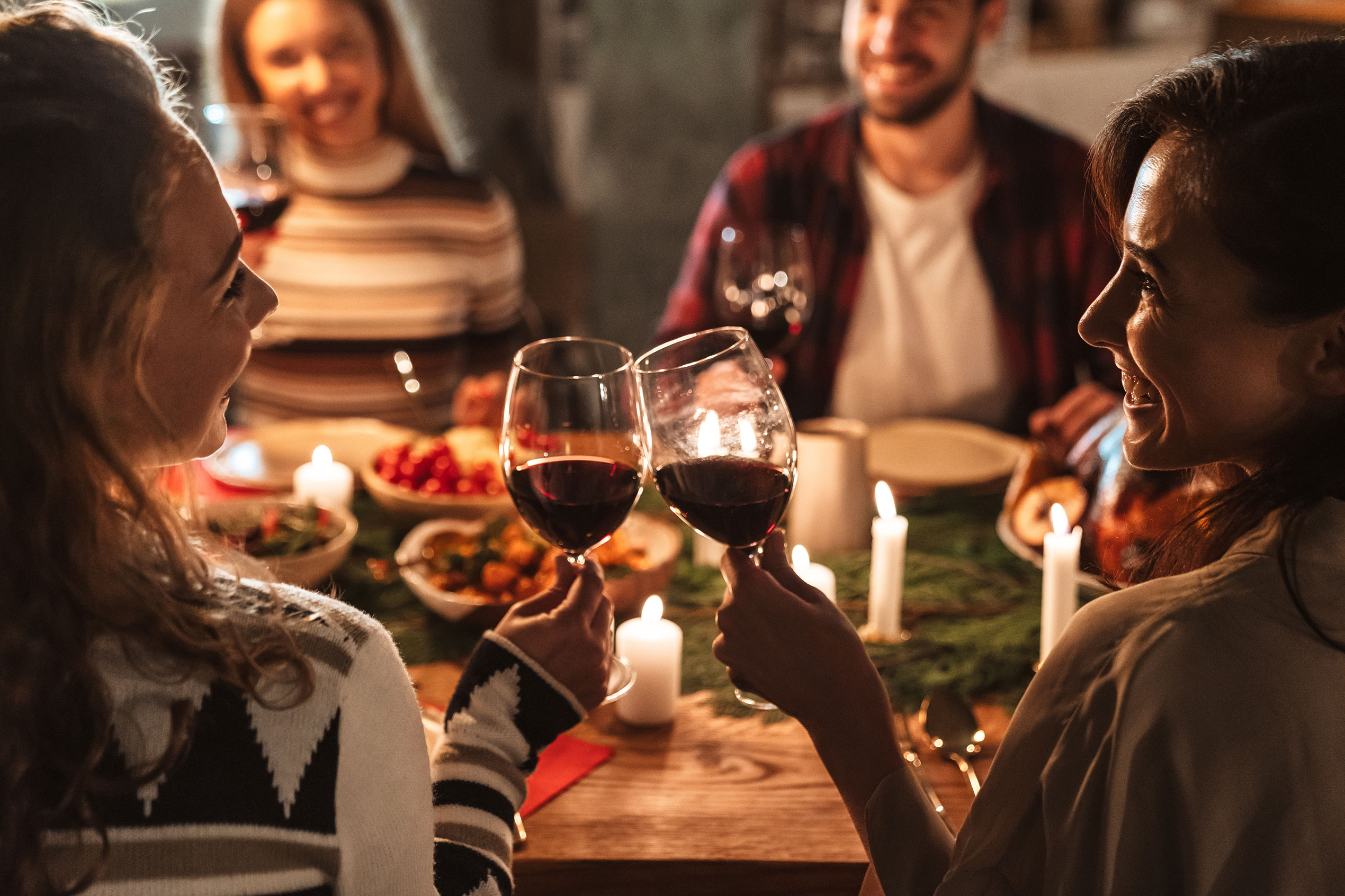 As a visitor to Iceland, the celebration of light is something for all to enjoy. From the festive lights that adorn Tjörnin, the lake in the center of the city, to the large Christmas cat that’s positioned at the point where Austurstræti meets Lækjargata in downtown Reykjavík; there are certainly plenty of Christmas lights to admire.

Head onwards down Austurstræti and you’ll find a temporary outdoor ice-skating rink and Christmas market at Ingólfstorg Square. Though more modest in size than the classic German Christmas markets, the liveliness of the square gives the city of Reykjavík a festival feel.

With snow adorned streets and cozy cafes to escape into, visiting Reykjavík at Christmas is a truly magical experience, and one not to be missed. No less thrilling is the New Year, when Icelanders take the celebration of light a step further, with dramatic firework displays and local bonfires. 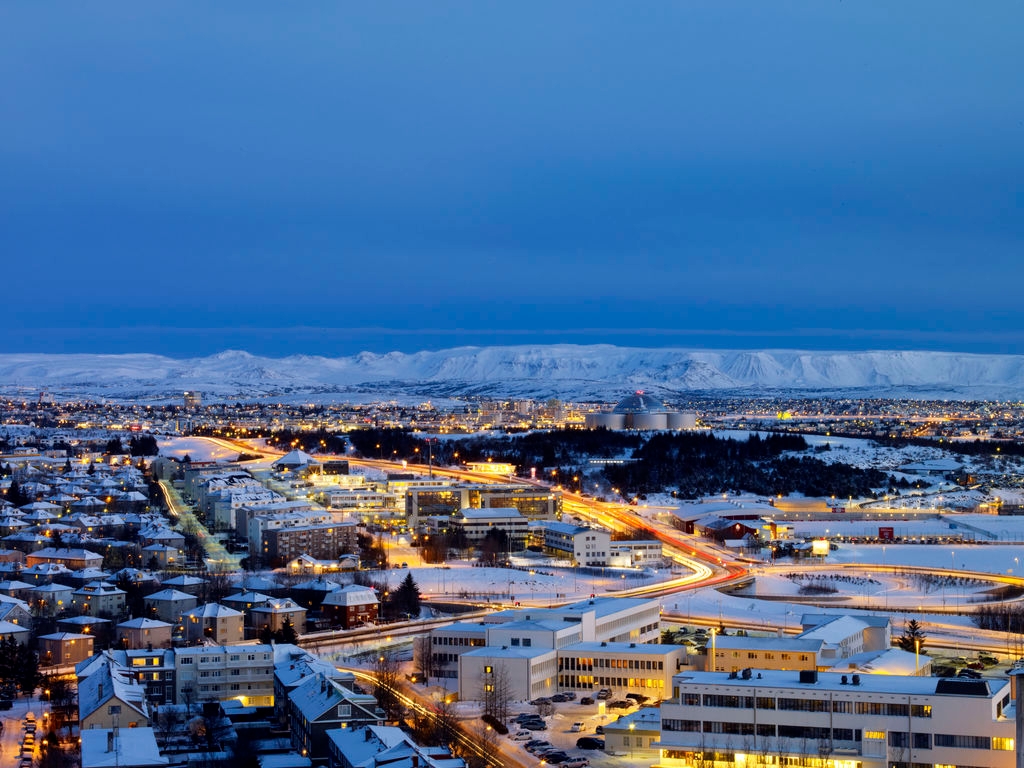 The island’s natural environment and geographical location have also shaped its folklore.

The darkness of the Christmas season has conjured up all sorts of frightening creatures, among them a fearsome bunch of Yule Lads, 13 in all, an ogress named Grýla and a terrifying Christmas cat.

It used to be customary for every workman on a farm to receive a piece of new clothing at Christmas time, in part as a reward for the punishing work of the weeks before Christmas, but also to keep the jólaköttur (the Yule Cat) at bay.

This mythical beast was said to eat those who had nothing new to wear for Christmas Eve, and so there is a tradition of children receiving an item of clothing as a gift to ward him off. 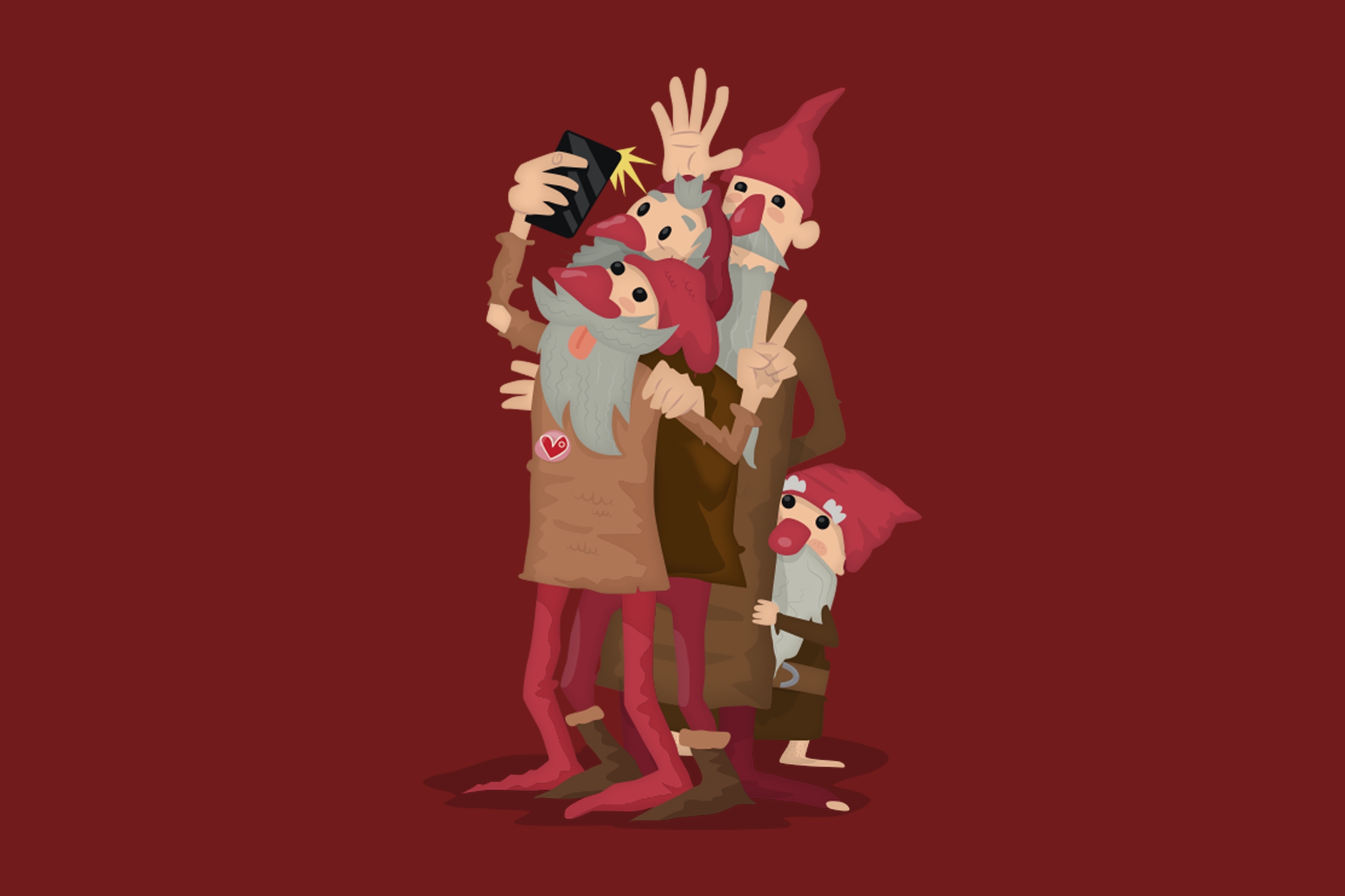 Where does the idea of a weird creature like the Yule Cat come from? The roots of this folklore go back as far as the days when Icelanders were living in isolated turf houses.

In the middle of winter, with the darkness creeping in, and strange noises howling outside, it’s easy to understand how the Yule Cat - and all of its cohort - sprang into existence in the imagination of the Icelandic people.

From the ogress Grýla and her filthy husband Leppalúði, to their cheeky little Yule Lads who can be found slamming doors and stealing candles – their characters come alive in the darkness.

It will be of little surprise that with the arrival of modern well-lit concrete homes, all these creatures have become tamer and friendlier. Instead of stealing and wreaking havoc, the Yule Lads are now in the habit of leaving goodies in children’s shoes.

As such, a tradition has developed where children will leave a shoe on a windowsill, in the hopes of receiving a little treat. 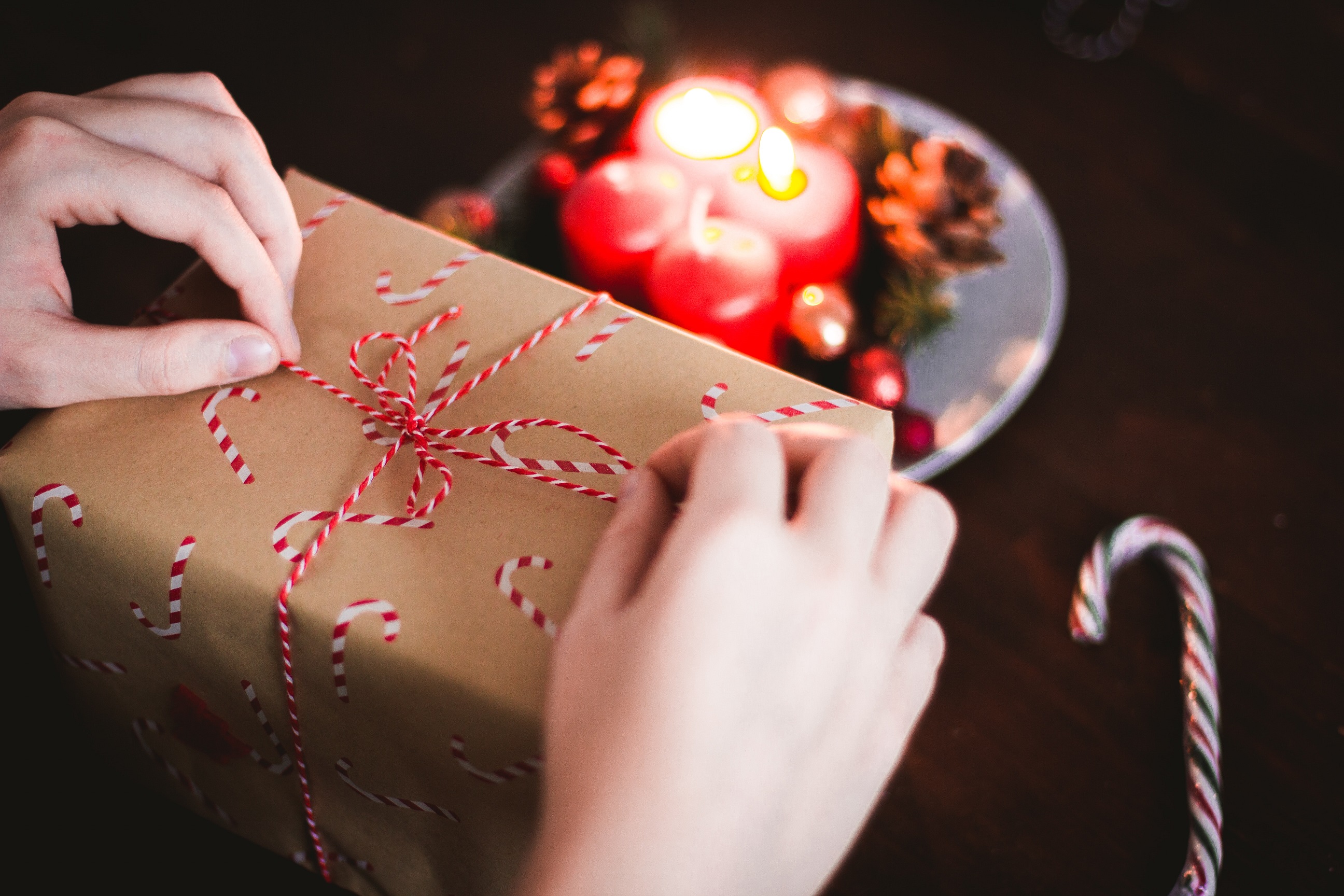 Much has changed in the way that Christmas is celebrated in Iceland. The substitution of candles for electricity has taken us from the tiny glow emanating from burning tallow to the multicolored Christmas-light extravaganza we see today.

In the darkest days of the year, you want all the light you can get. And Christmas in Iceland truly is a celebration of light.

Discover it for yourself on a Christmas trip to Iceland. We at Icelandair look forward to welcoming you onboard.