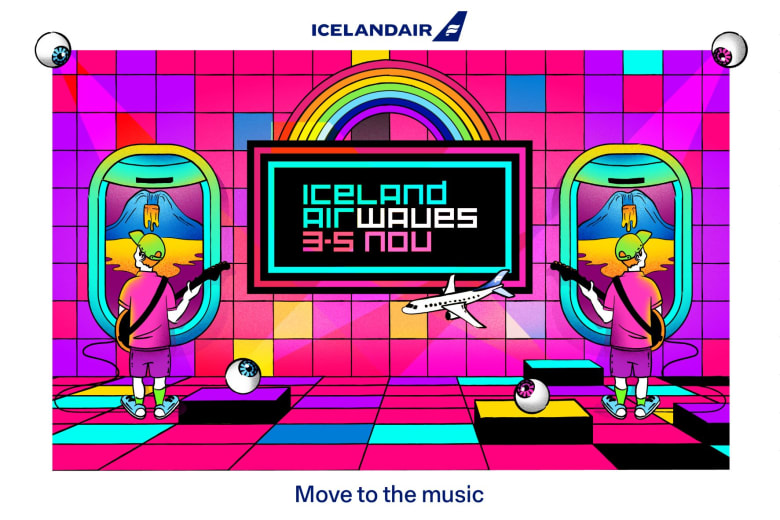 Our favorite festival is back

Welcome back, music lovers. It's one of our favorite times of the year: Airwaves time!

Iceland Airwaves is a long-running music festival held across venues in Reykjavík. Over the years it has showcased hundreds of acts, ranging from established international talent to Iceland's rich melting pot of domestic rising stars.

We don't need to tell you that the COVID-19 pandemic threw a spanner in the works of so many festivals and fun travel plans over the past 2 years. We know you felt it too.

As founding sponsors of the Iceland Airwaves music festival over 20 years ago, we were proud to be involved in the amazing hybrid of live events and livestreams from Reykjavík that characterised Iceland Airwaves in 2020 and 2021.

Now it's time to bring Iceland Airwaves back to its original premise. We can't wait to see you for a few days of live music, in the flesh, in Reykjavík!

Over 3 days and nights, downtown Reykjavík will come alive, filled non-stop with music, with performances hosted everywhere from tiny record stores and art museums, to cool bars and stately churches, to nightclubs and large-scale venues. The venues are all within walking distance of each other.

Over the past 6 months, our friends at Iceland Airwaves have been busy announcing fresh lineup additions. The lineup is now close to 100 acts, from Arlo Parks and Amyl & the Sniffers to Vök, Yot Club and Zöe.

You can investigate all the artists at the official Iceland Airwaves website, and dig deeper thanks to Airwaves' official Spotify playlists. 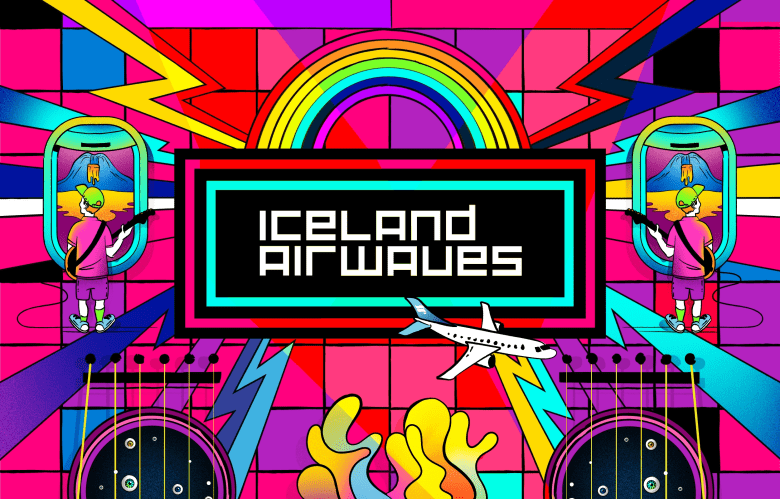 Boosting the sound of Iceland

Iceland is globally recognised as punching above its weight on the world music stage, and Icelandair is proud of the role it plays in nurturing and showcasing local talent. Icelandair founded the Iceland Airwaves music festival in 1999, and today sponsors a number of music, design, and arts events.


We are the founding sponsor of Iceland Airwaves, and we support The Icelandic Music Experiments, a 'battle of the bands' type event for young musicians. We also make a point of playing only Icelandic music on board our aircraft.

Iceland Airwaves was first held in an airplane hangar in 1999, with the goal of emphasizing grassroots acts, up-and-coming artists from around the world, and a few established headliners. Originally, the philosophy behind the festival was to showcase Icelandic music to the worldwide press, but also to increase tourists to Iceland outside the traditional peak season of summer. So, a winter festival was no coincidence.

Iceland Airwaves has since grown to a permanent and sought-after fixture on the Icelandic cultural calendar and draws thousands to Reykjavík every year.

How does Iceland sound?

We ask the Icelandic musicians involved in the Live from Reykjavík events of 2021 and 2020, and their answers might surprise you. (Hint: Weather plays a large part.)

When we say we are proud founding sponsors of Iceland Airwaves, this is exactly what we mean: we're proud sponsors of creativity, natural wonder, and the spirit of Iceland.

Every year we put together packages to fly music fans from around the world to Reykjavík to join the Iceland Airwaves party.

We offer packages from our gateways in North America and Europe that include 3-day festival pass and round-trip flights, with hotel-inclusive packages available.

Sign up to receive our newsletter and be among the first to learn about Iceland Airwaves travel packages for 2023, then block out your calendar for early November next year. See you in Reykjavík!