Book Icelandair Flights to Greenland from

Our best prices to Greenland

Where in Greenland do you want to explore?

What to see and do in Greenland

We know: Greenland is big! There is plenty to see and do.

Travelers looking to spend summer in Greenland can expect stunning nature and long days to enjoy it, whereas those traveling north of the Arctic Circle in winter can enjoy the contrast of the stunning snowscapes against the warmth of their cozy accommodation.

No matter when you visit, you're guaranteed a trip of a lifetime.

Icelandair offers flights to Greenland from Iceland with smooth flight connections from across the US, including New York, Chicago and Boston. Icelandair makes it easy for travelers to explore this huge, other-worldly island just a couple of hours' flying distance from Reykjavík. All this can be done in one journey, with one ticket.

If you're considering a trip to Iceland, why not explore the northern region a little further? Traveling to Greenland from the US just got a lot easier. Combine your innate curiosity for big adventures with our North Atlantic expertise and our new, expanded route network for the adventure of a lifetime.

Airports and destinations in Greenland

With Icelandair you can book tickets to several destinations across Greenland:

How to get to Greenland

To fly to Greenland from the US, UK, Ireland, Canada, or Europe, you will both land at and depart from Iceland's Keflavík International Airport (KEF) - making the transfer quick and easy.

Information about Icelandair flights to Greenland

Our flights between Iceland and Greenland are operated on De Havilland Canada (DHC) aircraft, and due to their smaller size, the service on board is limited compared to that on board the larger Boeing aircraft that connect Iceland with Europe and North America.

We have a selection of options in terms of classes of service on flights from Iceland to Greenland.

Baggage allowances for Greenland flights are not the same as for international flights connecting Iceland with Europe and North America. If you are connecting on flights to Greenland, check the baggage allowance. Also note that there are some restrictions to hand luggage due to smaller overhead compartments.

FAQs about travel to Greenland

Helpful information for travelers to Greenland

How far is Greenland from Iceland?

What currency does Greenland use?

Danish kroner (DKK) is the official currency in Greenland, although some souvenir shops may accept foreign currency in notes. It is wise to have cash in DKK on you, especially when visiting small towns and settlements.

What language is spoken in Greenland?

Greenland's official language is Greenlandic (known as Kalaallisut, an Inuit language belonging to the Eskimo-Aleut language family). Most people in Greenland speak good Danish, and those who have studied abroad also speak English. Some tourist offices might have staff that speaks German or French.

What clothes should I pack for Greenland?

What to wear during your travels in Greenland depends on factors such as time of the year, places you visit, your planned activities, and of course, the weather you'll encounter. For hikes, wear multiple layers so you can adjust when it's too warm or cold.

Is Greenland safe for tourists?

Greenland is very safe for tourists. With a small population and friendly locals, you’ll feel more than welcomed when visiting this unique country.

What is the New York to Greenland flight time?

Flying from New York to Iceland's Keflavík International Airport takes 6 hours over a distance of approx 2600 miles (4170 kilometers). Flight times from Iceland to Greenland are 2-3 hours.

Where can I learn more about Greenland?

More information and practical tips about visiting Greenland are on the Visit Greenland website. 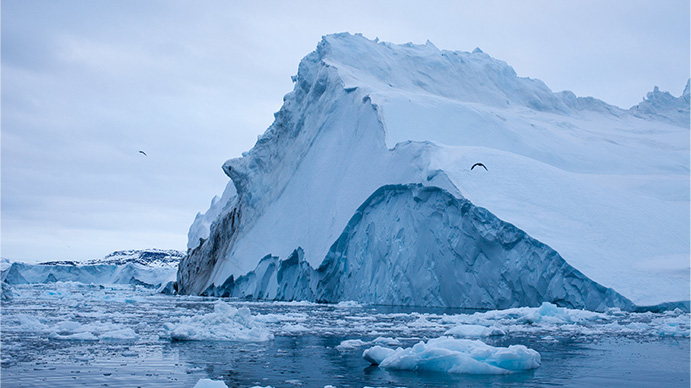 Winter above the Arctic Circle 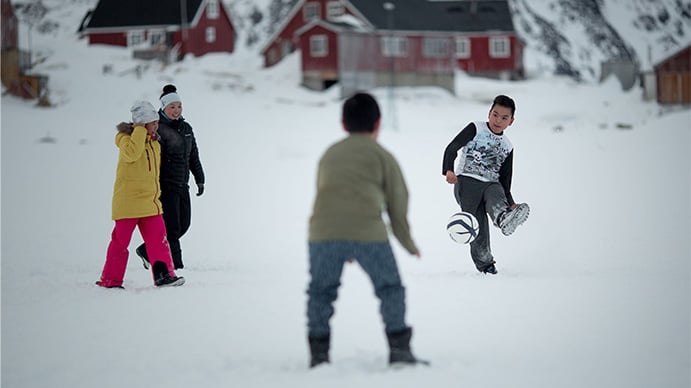 The future of football in Greenland 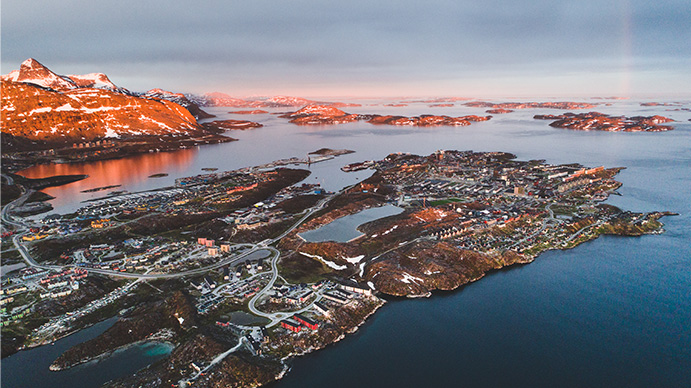 Other people also looked at